The album, set for official release on Feb. 17, stood atop Japan's Tower Records chart for online album pre-orders as of Tuesday, according to the band's management agency, Off the Record.

The album also came atop or stayed high on the album pre-order charts by major online record distributors in South Korea such as Yes24, Interpark or Hottracks this week.

The Korean and Japanese band initially planned to released "Bloom*Iz" in November last year, but it postponed the release and suspended its music career after channel Mnet's "Produce" audition show came under a police investigation over vote-fixing charges.

IZ*ONE debuted in 2018 through the show's third season.

The upcoming album will put the band's activities back in full swing, with their debut performance of the new album, set for the evening of Feb. 17, to be broadcast live on Mnet, YouTube and Facebook. 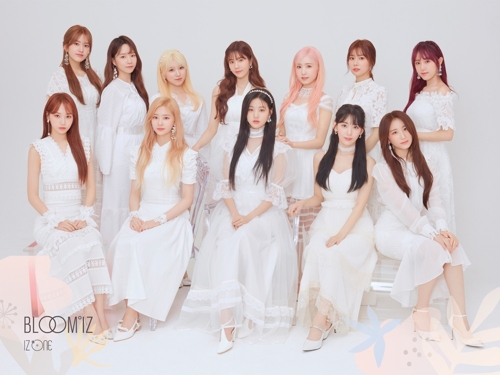