SEOUL, Feb. 6 (Yonhap) -- South Korea said Thursday that it will expand its rules regarding who can be tested for the novel coronavirus in the latest move to contain the spread of the virus.

Under revised rules set to take effect at 9 a.m. Friday, anyone who has visited any part of China and shows symptoms like an elevated temperature or respiratory issues can be classified as a "suspected case" and be subject to a medical check, the Korea Centers for Disease Control and Prevention (KCDC) said.

People who are suffering from pneumonia brought on by unknown causes can also be examined for the virus, which originated in the central Chinese city of Wuhan, the capital of Hubei province.

The rules also cover people who came into close contact with a confirmed coronavirus patient in South Korea.

In addition, doctors can order tests to be conducted at their discretion on a person who recently visited Southeast Asia.

Two South Korean men were infected with the virus after returning from Singapore and a woman after visiting Thailand.

The KCDC said that the changes are expected to significantly increase the number of people who will be tested going forward. 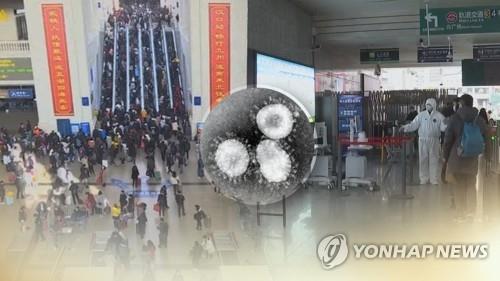 S. Korea to expand scope of testing for novel coronavirus

S. Korea to expand scope of testing for novel coronavirus