SEOUL, Feb. 6 (Yonhap) -- South Korean shares ended higher for a third straight session Thursday as investor sentiment improved, which was helped by China's stimulus measures to support growth amid the spreading coronavirus. The won rose against the dollar. 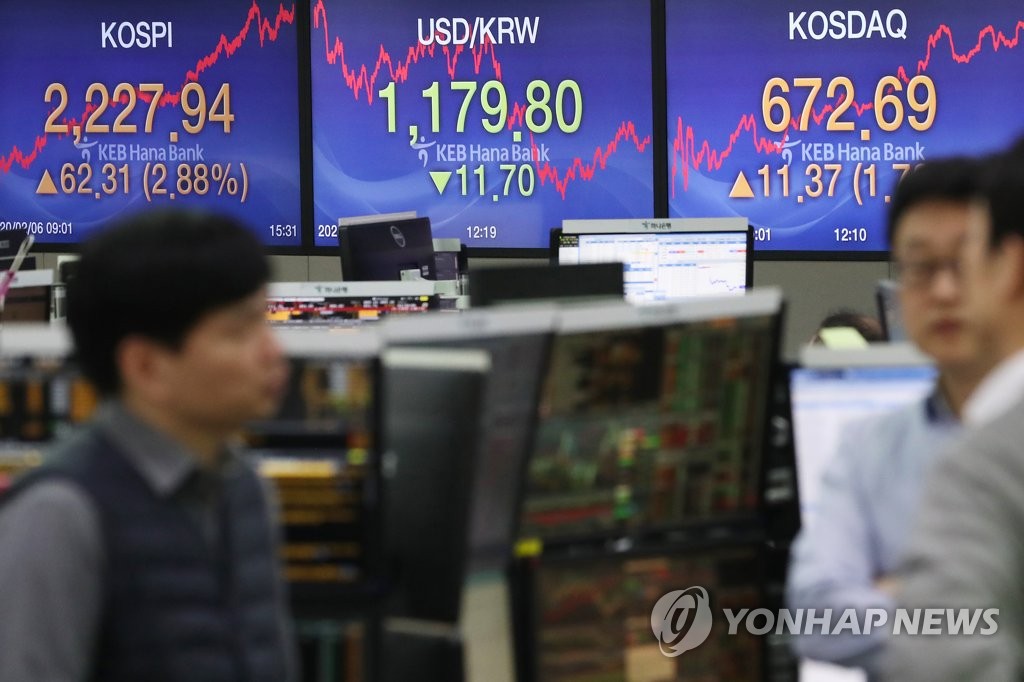 "On top of that, risk sentiment eased further in the afternoon on reports that China will halve tariffs on some $75 billion worth of imports from the U.S. this month," NH Investment & Securities Co. analyst Noh Dong-kil said by phone.

The cut will be effective on Feb. 14 when the U.S. will also implement a reductions in tariffs on Chinese products as part of the phase-one trade deal that was signed last month.

Since the outbreak in the Chinese city of Wuhan late last year, the new coronavirus has killed at least 563 and infected more than 20,000 people in China as of Thursday and reached 24 countries, including the United States.

South Korea has reported 23 confirmed coronavirus cases as of Thursday.

Most large-cap stocks advanced across the board.

Bond prices, which move inversely to yields, closed down. The yield on three-year Treasurys rose 0.4 basis point to 1.311 percent, and the return on the benchmark five-year government bond climbed 1.6 basis points to reach 1.428 percent.