Incheon said Lim, 48, has agreed to a one-year deal. Financial terms were not disclosed.

Lim, who coached the K League 2 club Ansan Greeners FC from 2018 to 2019, is taking over from Yoo, who resigned last month to continue his battle against Stage 4 pancreatic cancer. Incheon later named him their honorary head coach.

With Lim at the helm, Ansan finished fifth in the K League 2 last season and gave up the second-fewest goals, with 42 in 36 matches. Lim had been an assistant to Yoo when both were on the bench for Daejeon Citizen in 2011.

A former junior national team standout, Lim had also been an assistant coach for Gyeongnam FC in the K League.

Incheon said he will take over the club at the start of spring training on Friday. 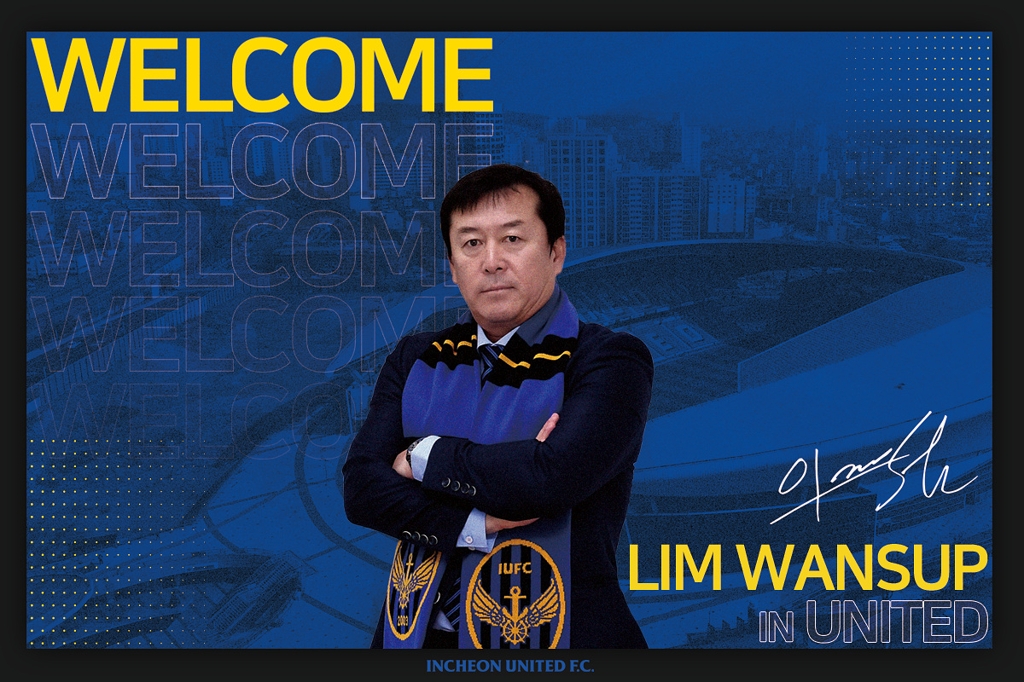