SEOUL, Feb. 6 (Yonhap) -- A Seoul court on Thursday levied a fine of 26 billion won (US$22 million) on Audi Volkswagen Korea (AVK), the local unit of the German carmakers, for fabricating emissions test results for their cars imported here and producing false advertisements for them.

The Seoul Central District Court handed out the sentence to the German companies about three years after AVK was indicted in January 2017 on charges of importing cars that didn't meet local standards for emissions and noise in violation of the Clean Air Conservation Act.

Park Dong-hoon, former chief executive of AVK, who was also indicted three years ago on the same charges together with AVK, was sentenced to two years in prison, while a former AVK executive, surnamed Yoon, who was in charge of obtaining emissions-related approval from the Seoul government, was given a one-year imprisonment.

Despite the jail terms, the court didn't order the immediate detention of Park and Yoon. 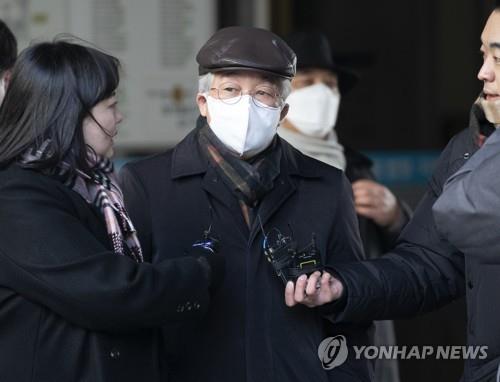 AVK was accused of importing about 120,000 diesel vehicles in 15 models that failed to meet European emissions standards from 2008 to 2015. The company used a so-called defeat device to manipulate the emissions results for the imported cars to get approval from the South Korean government, according to prosecutors.

The company was also accused of importing about 41,000 vehicles from Germany from 2010 to 2015 after doctoring 149 documents on their emissions and noise tests.

"The defendants have broken the confidence of Korean consumers in the vehicles they imported and sold here," the Seoul court said.

"In particular, AVK only focused on maximizing its profits without having any intention to abide by Korean laws."

Regarding Park and other former AVK officials, the court said that they didn't observe the relevant laws even though they were well aware of them. "Heavy punishment is inevitable for the (former) AVK officials as they have consistently denied their charges in court hearings."

Besides Park, two former German heads of AVK -- Johannes Thammer and Trevor Hill -- were also indicted on the same charges. But the two Germans left the country after being indicted and have since failed to attend court hearings.

Seoul prosecutors are reportedly seeking the repatriation of the two Germans.