The Taeguk Ladies advanced to the Asian qualifying playoff for the 2020 Tokyo Olympics on Thursday without even playing in the third round on the southern island of Jeju. In the lone Group A match of the day, Vietnam defeated Myanmar 1-0, a result that ensured Vietnam and South Korea will finish in the top two in the group and compete in the playoff in March. 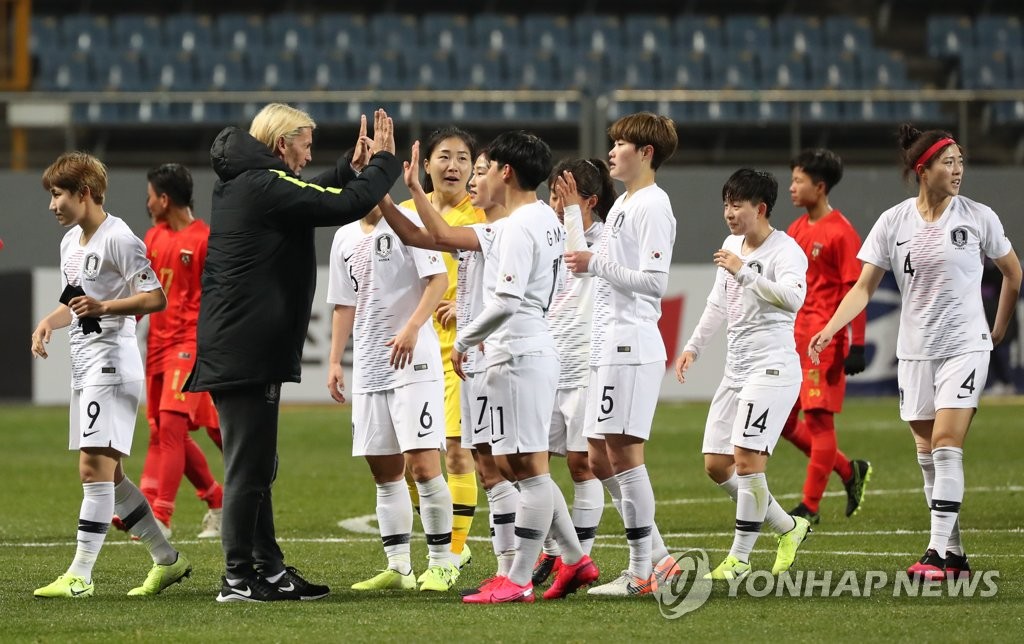 Myanmar lost to South Korea 7-0 on Monday and have been eliminated from contention.

South Korea and Vietnam, 20th and 32nd in the latest FIFA rankings, will square off at 3 p.m. Sunday with the top seed in Group A on the line.

Australia and China, ranked seventh and 15th in the world, are favored to come out of Group A.

Women's football made its Olympic debut in 1996, and South Korea have never played at the quadrennial event.