After putting up 16 points in the opening 10 minutes, world No. 19 South Korea was held to 16 points combined in the next two quarters, as third-ranked Spain enjoyed a breezy victory at Aleksandar Nikolic Hall in the Serbian capital.

South Korea will next face Britain (No. 18) on Saturday and finish the tournament against China (No. 8) on Sunday. 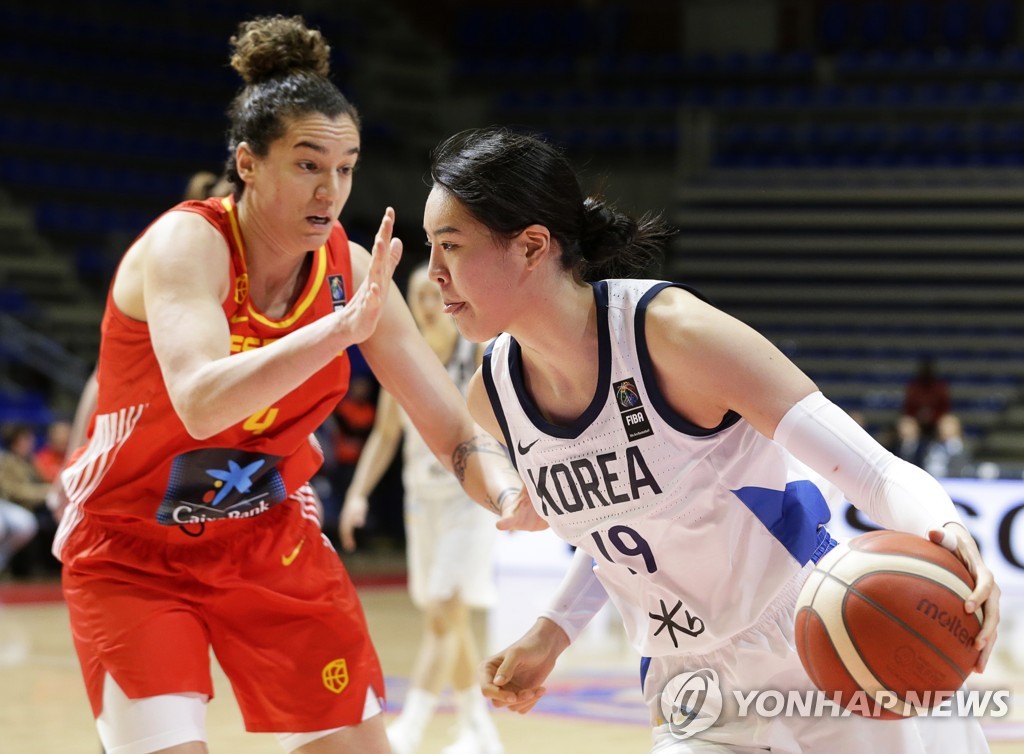 This is one of four qualifying tournaments for the 2020 Tokyo Olympics. Each tournament features four teams, and the top three will punch their tickets to Japan this summer.

South Korea hasn't played in the Olympics since 2008.

Against Spain, South Korea didn't score until more than three minutes into the game and committed five turnovers in the first five minutes. But some dogged zone defense limited Spain to just 37.5 percent shooting in the opening quarter, as South Korea found itself down only 19-16.

But Spain began the second quarter on a 7-0 run, and a three-point play by Laura Gil with 5:46 left gave Spain a 31-20 cushion, its largest lead to that point.

South Korea went only 3-of-14 from the field and got outscored 24-9 in the second quarter.

Spain scored the first 11 points of the third quarter to put the game even further out of South Korea's reach. South Korea only got its first bucket of the third with 4:26 remaining and had just seven points in that frame.

South Korea entered the fourth trailing 63-32, and it was all garbage time the rest of the way. South Korean head coach Lee Moon-kyu emptied his bench and rested his regulars for more winnable games on the horizon.

Guard Park Hye-jin led South Korea with 17 points off the bench. Starting center Park Ji-su had 10 points and four rebounds while sitting out the fourth quarter. 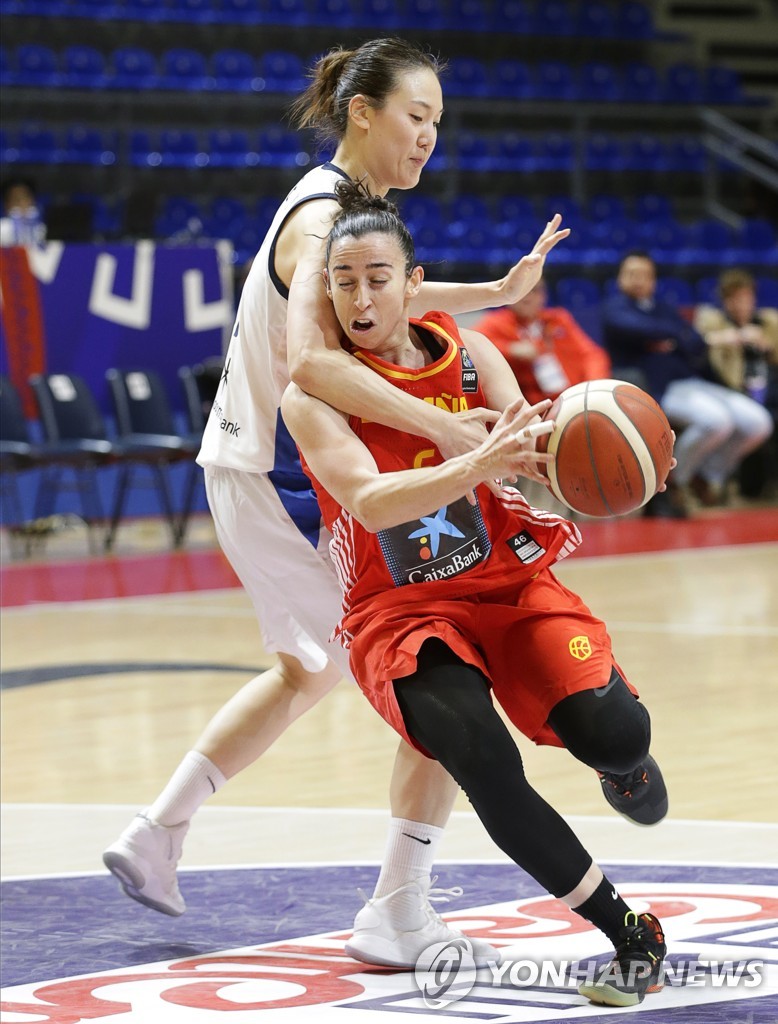