Esper made the comment as he discussed the Trump administration's National Defense Strategy, which was released in January 2018.

He said the strategy is designed to help the U.S. maintain a competitive advantage over adversaries such as China and Russia.

"Both countries have violated the sovereignty of their neighbors and routinely used coercive strategies against smaller states to gain strategic advantages," Esper told a discussion at the Johns Hopkins School of Advanced International Studies.

"We also face continued threats from rogue states like Iran and North Korea that require our constant, constant vigilance," he said, using a word -- rogue -- that has typically angered Pyongyang.

The secretary added that recent U.S. action against Iran sent the message that Washington will not stand idly by when its troops and interests are threatened.

Tensions between the U.S. and North Korea have continued amid the regime's threats early this year to showcase a "new strategic weapon" and take "shocking actual action."

North Korean leader Kim Jong-un also said in the New Year's message that he no longer feels bound to his self-imposed moratorium on nuclear and intercontinental ballistic missile tests. 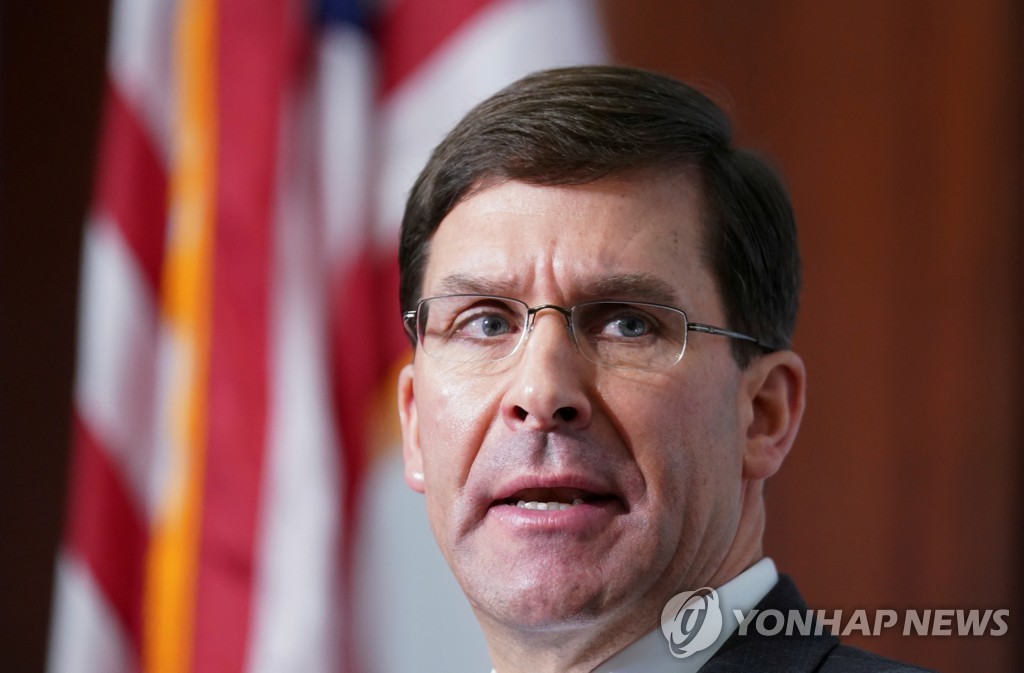