SEOUL, Feb. 7 (Yonhap) -- South Korea, alarmed by the pace of new coronavirus infections, is ratcheting up efforts to contain the spread of the novel coronavirus here as the country may brace for additional cases amid rising concerns over community transmission.

Since its first confirmed case of the potentially fatal disease on Jan. 20, the country has identified 24 cases with no signs of a letup.

Rather, the number of new confirmed cases are increasing at a faster rate, and many of the cases added are presumed to be domestic transmissions despite enhanced quarantine efforts, such as an entry ban on foreigners from the Chinese city of Wuhan, the epicenter of the virus outbreak.

On Thursday, four more cases were reported in a single day, according to the Korea Centers for Disease Control and Prevention (KCDC). Of the confirmed cases, 11 patients are those who returned from China or visited the country, eight patients who had not been to China are judged to be person-to-person transmissions here, as a sign for a further rise in the virus outbreak in the country down the road.

Against this backdrop, the country's health authorities warned that the virus can further spread across the country as more citizens unwittingly have been in contact with those who have been infected but freely moved for days and weeks.

According to the KCDC, a South Korean woman who was diagnosed with the virus after traveling to Thailand is presumed to have infected her two family members. Before being confirmed to be infected, the woman had no restrictions on where she could go in Gwangju, 330 kilometers south of Seoul.

Another presumed domestic transmission case is the country's No. 4 patient, who came back from Wuhan but was symptom-free upon his arrival.

The man visited a clinic in Pyeongtaek, 70 kilometers south of Seoul, twice after he started to feel ill, but it was only during his second visit that he was put on the monitoring list, and he was finally confirmed to have been infected.

The person was later discovered to have made contact with 95 people, with 34 still in quarantine, according to the KCDC. 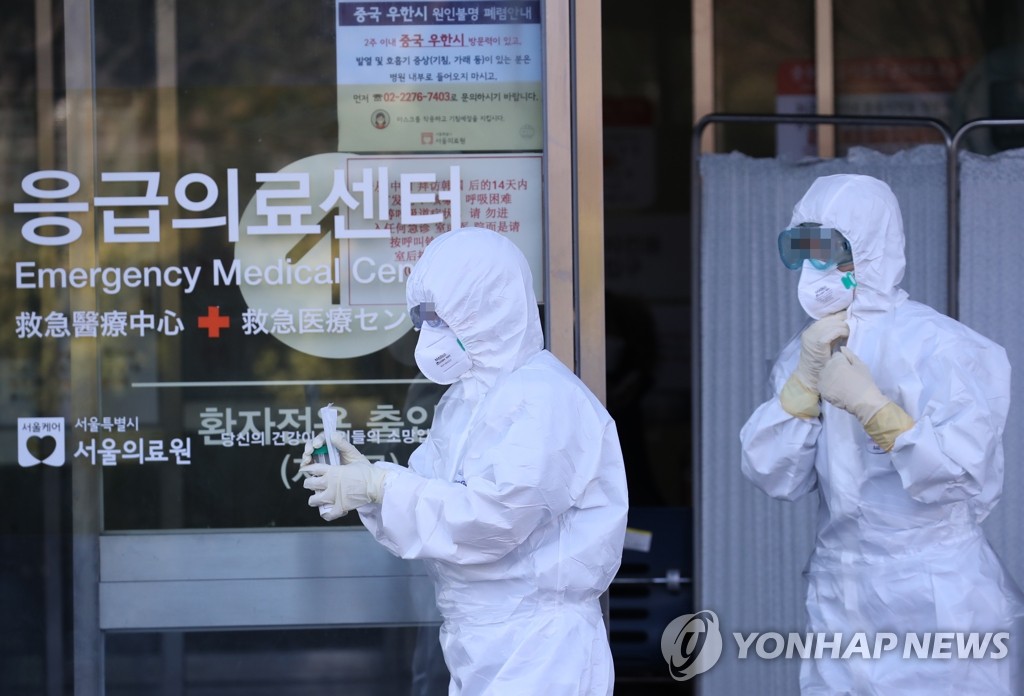 The country's third case, a 54-year-old South Korean man who returned from China and also was symptom-free, met people freely for days, and was presumed to have passed on the virus to a person at a restaurant in southern Seoul, with this person again infecting his own family members.

"The difficulty is that this new strain of the coronavirus seems to be transmittable even when the host does not really feel sick, which makes it more likely he or she will spread it unwittingly to others and lead to widespread community transmission," said KCDC director Jung Eun-kyeong.

Vice Health Minister Kim Gang-lip early this week said that the likelihood of the coronavirus spreading across the country is steadily growing.

To better fight the novel coronavirus outbreak, South Korea has been placing those who had come in contact with infected patients in self-quarantine.

The country also plans to expand its rules regarding who can be tested for the novel coronavirus in the latest move to contain the spread of the virus.

Starting Friday, anyone who has visited any part of China and shown symptoms like an elevated temperature or respiratory issues can be also classified as a "suspected case" and be subject to a medical check, according to the KCDC. Previously, South Korea only checked people who felt sick 14 days after returning from Hubei.

People who are suffering from pneumonia brought on by unknown causes can also be examined for the virus.

In addition, doctors can order tests to be conducted at their discretion on a person who recently visited Southeast Asia, the KCDC said.

The country has beefed up its response to the coronavirus by curbing overseas arrivals. Since Tuesday, the country has implemented entry bans on foreigners who have visited Wuhan and its adjacent areas in a desperate effort to stem the further influx of the virus into the country.

Providing some relief, South Korea has discharged two confirmed patients from hospitals who made full recoveries, with other infected patients likely to be released in due course.

The official fatality rate for the novel coronavirus stands at a little over 2 percent, which is much lower than the 10 percent for the 2002-2003 severe acute respiratory syndrome (SARS) outbreak in China. The 2015 Middle East Respiratory Syndrome crisis that impacted South Korea had a death rate of 35 percent.

Since Jan. 3, the country has tested 1,130 people for the new coronavirus as of Friday, 842 of whom tested negative. A total of 264 people are in isolation for suspected infection. 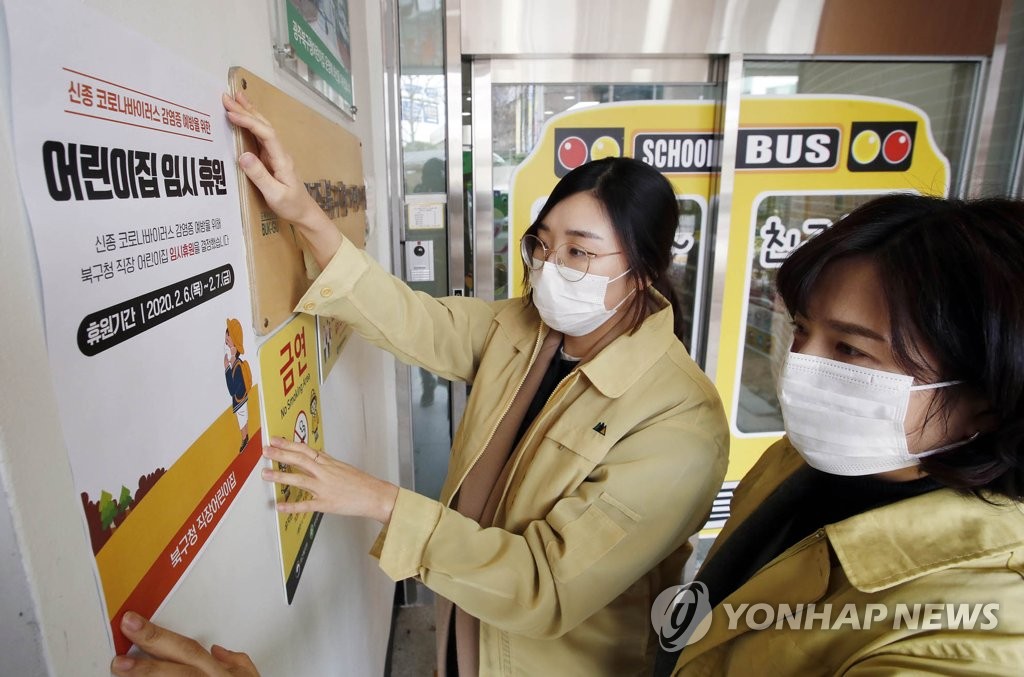