SEOUL, Feb. 7 (Yonhap) -- When he heard the news that South Korea had confirmed multiple cases of the novel coronavirus infection, Kang Tae-gu, a Seoul resident and a casual movie lover, decided to stop going to cinemas, at least for the time being.

Instead, Kang opted to spend more time watching movies on his smartphone, using apps from over-the-top (OTT) service providers like Netflix Inc. He is now a keen user of OTT, using the service every day.

"The news of the new coronavirus definitely made me stay away from theaters," Kang said. "Even if new blockbuster films are released, I think I will just pass and wait until they are offered on OTT platforms."

OTT refers to streaming media services that allow people to watch video content over the internet, as opposed to via traditional cable or satellite TV services. 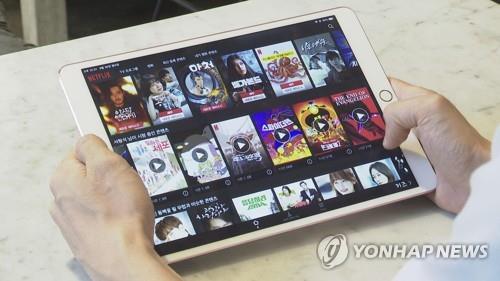 As South Korea scrambles to contain the spread of the new strain of coronavirus, moviegoers like Kang are apparently turning to OTT and avoiding going to theaters over concerns about human-to-human transmission.

Local OTT service provider Watcha Inc. said the average view duration on its OTT platform, Watcha Play, reached a record high last weekend. The average time spent watching the service on Feb. 1 and 2 was over 14 percent higher than a week earlier, according to the company.

CJ CGV closed the theater to have the entire facility sterilized before reopening it on Monday. 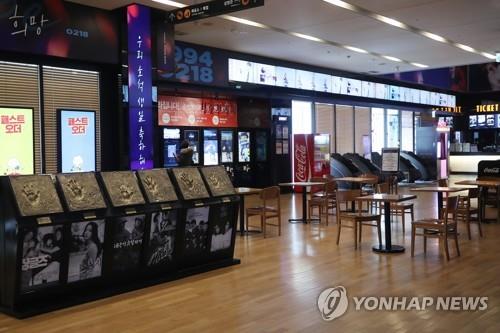 "People feel insecure about watching movies at theaters these days and that's apparently placing online streaming services under the spotlight," said Kim Yong-bae, a director at Wavve. "Of course, the outbreak of the new coronavirus is not the only reason behind this growth, but it is certainly having an impact."

According to data released by the Korean Film Council, 16.8 million people went to cinemas last month, the lowest January score since 2012.

"We believe seasonality and a lack of big name films are the main reasons behind the decline," said Kim Dae-hee, a manager at CJ CGV.

"However, it would be a lie to say that the coronavirus outbreak had no impact at all. At this moment, we can't assess how much the novel coronavirus really affected ticket sales."

South Korea reported its first confirmed case of the new coronavirus on Jan. 20, with the total number of infection cases reaching 24 as of Friday. 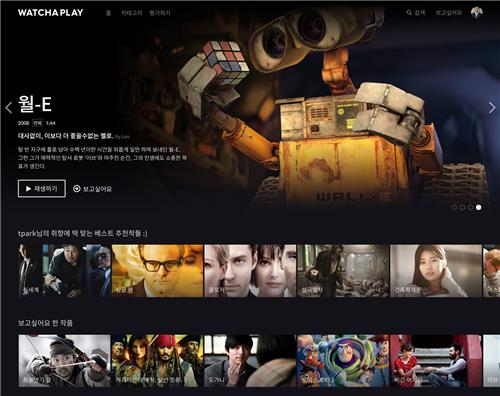 Industry observers said a rise in demand for classic pandemic movies, such as "Contagion," may have also boosted the use of video streaming services in recent weeks as those films cannot be found at theaters.

"In this kind of situation, people are curious about any information regarding deadly epidemics, and movies associated with such topics get lots of attention," culture critic Ha Jae-keun said. "One advantage of OTT is that it can introduce old movies like they are new ones, and its algorithm can recommend films that people are mostly likely to watch these days."

"Contagion," a 2011 film directed by Steven Soderbergh, enjoyed a streaming boost in the wake of the novel coronavirus outbreak. The thriller, starring Matt Damon and Jude Law, portrays people dealing with a global outbreak of a deadly virus and some fans have been pointing out that there are striking similarities between the movie and what is currently happening in the world.

The film has reappeared in the most viewed movie lists of various OTT platforms. The movie even topped the charts for days on Watcha Play and Wavve.

KT Corp. said the number of views for "Contagion" on its OTT platform, Seezn, between Jan. 23 and Sunday was 545 times higher than the daily average between October and December last year.

The number of views for "The Flu," a South Korean disease outbreak film released in 2013, increased 30-fold over the same period on Seezn, according to KT. 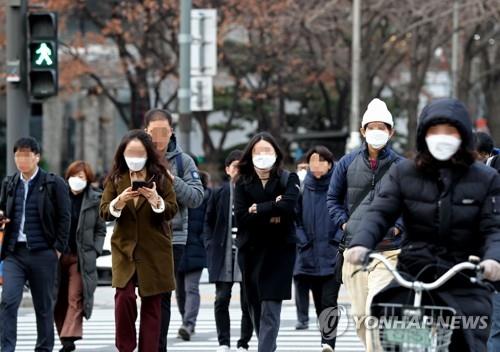 Those in the OTT industry note the unexpected boost from the new coronavirus outbreak, however, will very likely to be short-lived.

"We could expand marketing activities to give ourselves an extra push, but it's just not right to take advantage of this kind of situation where many people are suffering from the virus," said an official with an OTT service provider, asking not to be named. "The market was on an upward trend even before the coronavirus outbreak, so we are not that hyped up."

According to data from the Korea Communications Commission (KCC), 52 percent of South Koreans were OTT users in 2019, up from 42.7 percent in 2018, with 95.5 percent using OTT services at least once a week.

The KDB Future Strategy Research Institute, a think tank under the Korea Development Bank, said it expects the local OTT market to expand from US$580 million in 2019 to $710 million in 2021.