SEOUL, Feb. 7 (Yonhap) -- South Korea will provide 2 trillion won (US$1.7 billion) in financial support to small merchants who are expected to take a hit from the rapid spread of the novel coronavirus, Finance Minister Hong Nam-ki said Friday.

South Korea also plans to begin consultations with China's local governments to ask them to resume operations of their auto parts plants, Hong told a meeting with economic ministers.

The virus outbreak has already disrupted the supply of auto parts in South Korea. Hyundai Motors and Kia Motors said they have suspended some of assembly lines here due to shortages of parts from China.

With demand for protective masks and hand sanitizer soaring, the government will implement measures next week to control their supply, Hong said.

Earlier this week, South Korea approved tougher penalties against those who hoard protective masks, as China's coronavirus outbreak has sparked a sharp rise in demand for such items.

Under the tougher penalties, a person who hoards masks will face a prison sentence of up to two years or a maximum fine of 50 million won.

The penalties went into effect Wednesday.

"The government will do the following to discourage market manipulation, particularly in the face mask market," Hong said. 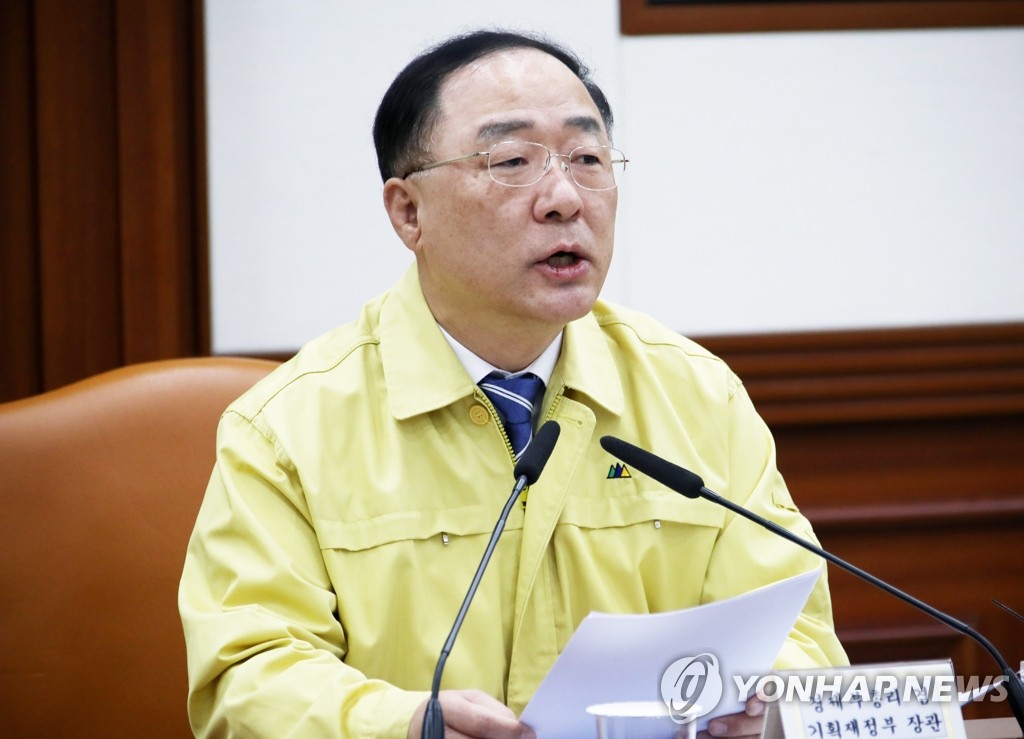