SEOUL, Feb. 7 (Yonhap) -- President Moon Jae-in will greet the new Chinese and Japanese ambassadors to South Korea at Cheong Wa Dae on Friday, an opportunity to discuss the issues of the ongoing novel coronavirus epidemic and Seoul-Tokyo relations dampened by a drawn-out trade fight.

After receiving their credentials, Moon plans to have a group conversation session with the envoys -- Xing Haiming of China and Koji Tomita of Japan.

A major topic will be the global response to the viral outbreak that originated in the Chinese mainland city of Wuhan. South Korea has reported 23 confirmed cases. A growing number of South Koreans have filed online petitions with Moon's office calling for an across-the-board entry ban against Chinese people until the pandemic is brought under control.

Seoul has imposed limited and temporary immigration restrictions only affecting foreigners who have stayed recently in Wuhan.

Speaking to reporters here in Korean earlier this week, Xing said he would not "evaluate" South Korea's related measure.

His attitude has raised the eyebrows of some South Koreans who believe the government is taking a tepid approach on the entry ban issue.

Xing later explained he had meant that he's not in a position to formally assess such a step by the host country.

The Chinese envoy may also suggest Beijing's new idea on President Xi Jinping's announced plans to visit South Korea and Japan in the first half of this year.

Both Seoul and Tokyo are hoping that Xi makes trips in the spring, but the virus outbreak has apparently dimmed the odds.

Speaking with the Japanese ambassador, Moon is expected to reaffirm his government's commitment to forward-looking partnerships with Tokyo. Their relations have been strained since Japan imposed export curbs against South Korean firms apparently over a historical issue.

On Thursday, the two sides held another round of working-level consultations in Seoul on ways to improve bilateral ties. 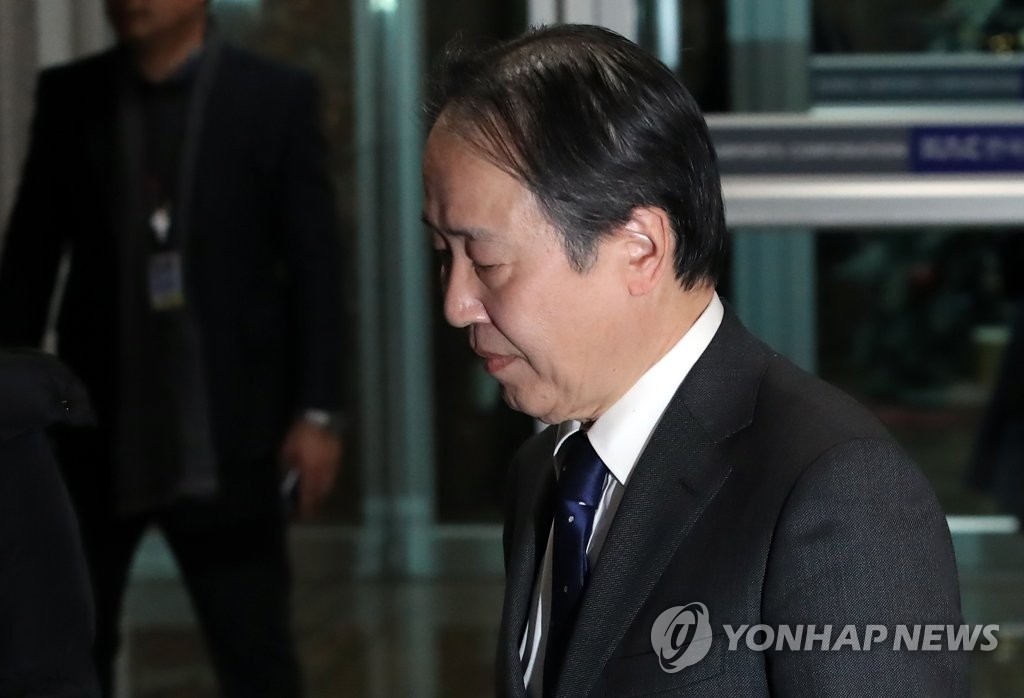 Moon to meet Chinese, Japanese ambassadors for their credentials

Moon to meet Chinese, Japanese ambassadors for their credentials