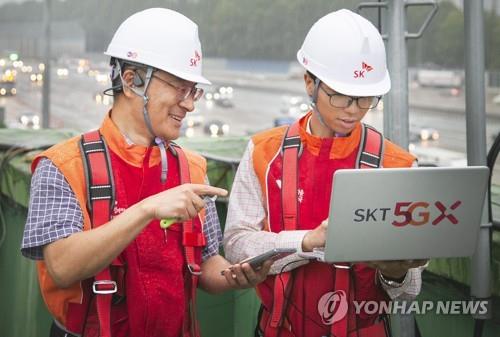 SK Telecom holds a 20 percent stake in SK hynix, which reported poor 2019 earnings due to a slump in the memory chip industry.

Its increased spending for 5G service marketing and infrastructure buildup also dragged down the bottom line, according to SKT. The company began its commercial 5G service in April.

In the fourth quarter, SK Telecom posted a net loss of 45.2 billion won, turning from a profit of 474.5 billion won a year earlier.