Chief of Staff of the Army Gen. James McConville arrived in South Korea on Thursday for a three-day stay.

During the meeting in Seoul, the two exchanged their assessments of the security situation on the peninsula and discussed ways to enhance cooperation between their militaries, according to the JCS.

"While maintaining a staunch joint readiness posture based upon a strong Korea-U.S. alliance, the two sides agreed continued cooperation to militarily support their governments' efforts for the complete denuclearization of and the establishment of a lasting peace on the Korean Peninsula," the JCS said.

Park expressed appreciation for the U.S. Army's contribution to the defense of the Korean Peninsula, and McConville pledged his service's continued commitment, it added. 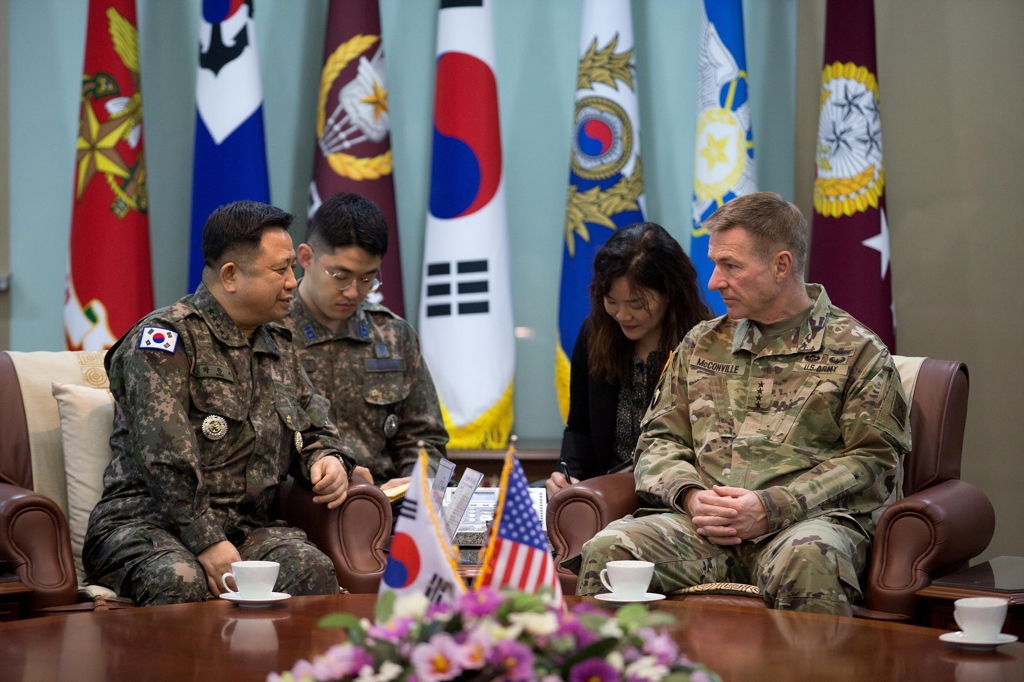