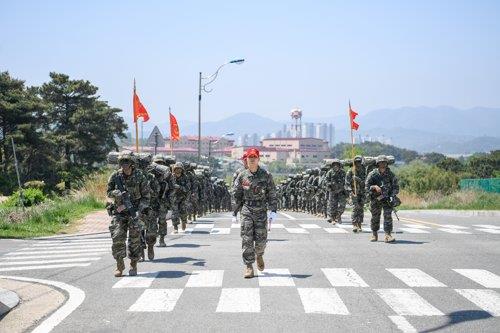 In order to check the readiness posture against the virus, Chief of Naval Operations Adm. Sim Seung-seob visited a naval training unit in the southern city of Jinhae and checked anti-virus measures to guarantee draftees' health and safety.

He also looked around a Navy hospital that offers special treatment to coronavirus patients and asked for their continued commitment, according to the Navy. 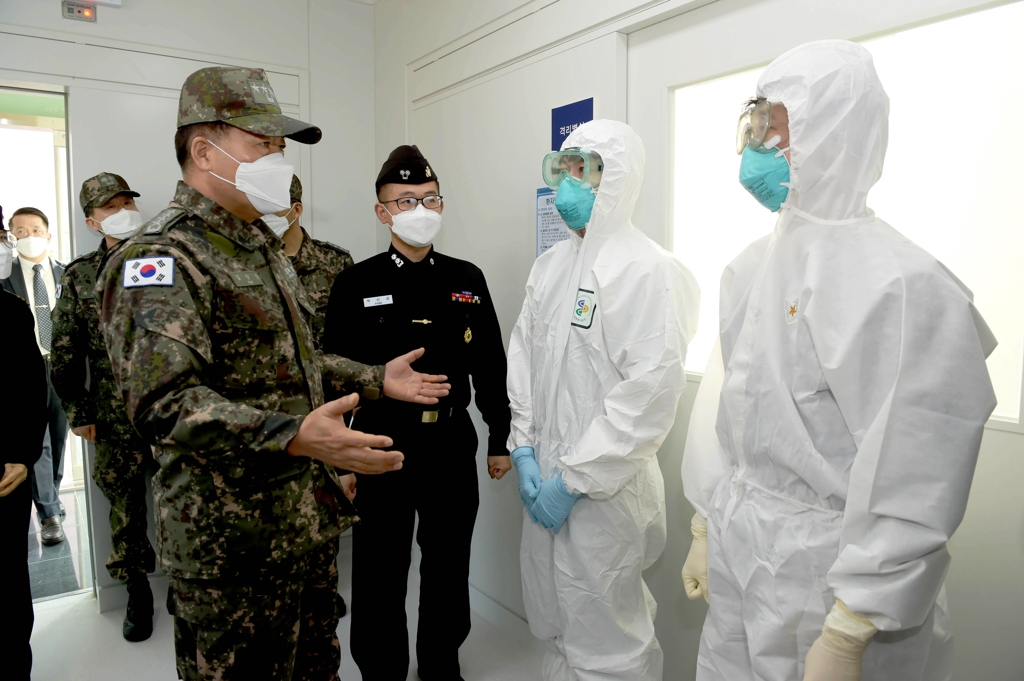