The military authorities of the two Koreas "have had regular telephone calls twice a day at 9 a.m. and 4 p.m. via their eastern and western military communication lines," ministry spokesperson Choi Hyun-soo told reporters.

When necessary, the two sides have spoken to each other through these lines often at various times, the official added.

The military hotlines were restored in the second half of 2018 in line with the April 27 inter-Korean summit declaration calling for joint efforts to alleviate military tensions between the two sides.

At 9 a.m. every day, South and North Korea exchange information regarding illegal fishing by third countries via their maritime communication hotline, which resumed in July 2018 after a decade of suspension.

Such exchanges have been taking place even though inter-Korean ties remain frosty amid scant progress in denuclearization negotiations between the United States and North Korea following the breakdown of the second summit between their leaders in Hanoi in February last year. 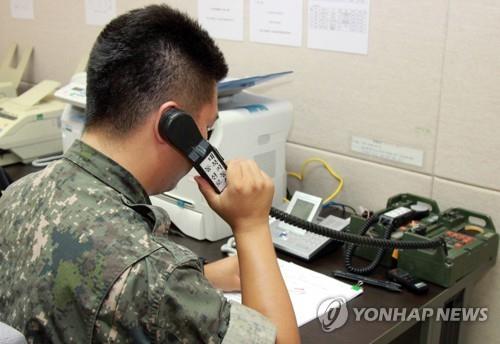