Samsung's Galaxy S20 series, scheduled to be unveiled at an event in San Francisco on Tuesday, could be the company's first smartphone line to have more than 40 million units shipped in its debut year since the Galaxy S7 series in 2016, according to Counterpoint Research.

The Galaxy S20 series -- which supposedly has three models, the S20, S20 Plus and S20 Ultra -- is also expected to sell at least 10 percent better than its predecessor, the Galaxy S10 series, which sold 36 million units last year. 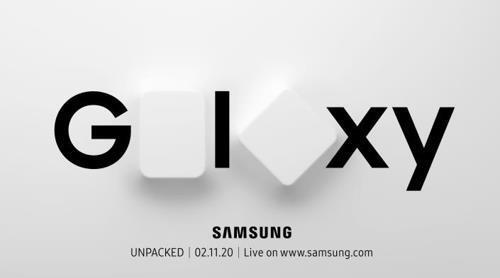 Samsung, the world's top smartphone vendor with more than a 20 percent market share, has yet to confirm any information regarding its new smartphones, but rumors suggest the Galaxy S20 comes with a quad-camera system, with the high-end S20 Ultra offering a 108-megapixel main camera.

"The S20 base model's expected price tag of US$850 comes in at US$50 less than the S10 equivalent at launch and should ease some resistance potential buyers will feel from premium prices," said Lim Su-jeong, a research analyst at Counterpoint Research.

"This, coupled with more 5G network rollouts will have a positive effect on pulling up sales volume as 5G commercialization expands in the U.S., Europe, and other regions," she said.

However, Counterpoint Research said that the recent situation regarding the outbreak of the novel coronavirus, which started in Wuhan, China, could pose risks.

Although Samsung's smartphone production isn't likely to be severely hit by the coronavirus outbreak, since the company's production bases are mainly in Vietnam and India, Counterpoint Research said the public health crisis could slow demand in the market.

"Retail sales could be hit as public events and marketing activities are scaled down due to virus fears," it said. This is especially true in China where, so far, many cities have effectively shut down in efforts to contain the virus."

Market researcher Strategy Analytics earlier predicted that global shipments of smartphones may be 2 percent less than expected this year due to the outbreak of the new coronavirus.