SEOUL, Feb. 7 (Yonhap) -- South Korea and the United States are expected to hold a meeting of their policy coordination working group on North Korea in Seoul next week, government sources said Friday, with Seoul's push to expand inter-Korean exchanges likely to top the agenda.

The working group was set up in late 2018 to coordinate North Korea-related issues. Seoul and Washington have held five rounds of such meetings, with the last one held in May last year.

Officials from the South's unification ministry handling inter-Korean affairs and the U.S. National Security Council have also taken part in the meetings.

In next week's talks, the two sides are expected to discuss South Korea's push for inter-Korean exchanges amid the prolonged deadlock in the nuclear talks between Washington and Pyongyang since the collapse of the second summit in February last year between U.S. President Donald Trump and the North's leader, Kim Jong-un. 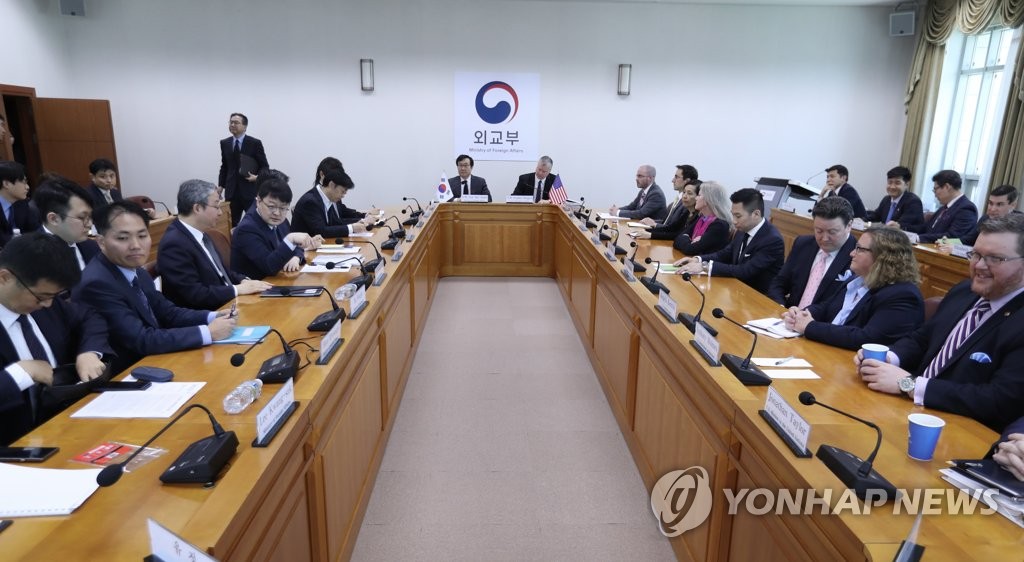 "The meeting will be an occasion where we will discuss a range of matters related to inter-Korean cooperation projects aimed at helping talks between the North and the U.S. resume at an early date," a government source said.

In his New Year's press conference, President Moon Jae-in vowed to push for an expansion of inter-Korean cooperation as a way to facilitate the stalled nuclear talks, citing allowing individual tourism to the communist state as it does not fall under U.N. sanctions against the North.

The president's remarks have spawned concerns of a possible rift between the allies, as the U.S. has stressed that any inter-Korean cooperation should be discussed with Washington first and it should move in lockstep with progress in the denuclearization talks.

The expected trip by Wong also comes at a time when two senior South Korean presidential officials are known to have visited Washington recently.

In a press conference Thursday, Foreign Minister Kang Kyung-wha said her ministry will make continued efforts to create a "virtuous cycle" in which inter-Korean relations and relations between the U.S. and the North improve in a mutually reinforcing manner.