Hwang, chairman of the Liberty Korea Party (LKP), made the surprise announcement, weeks after he vowed to run in a "tough" electoral district in metropolitan areas for the parliamentary elections.

His decision will create a high-profile contest against former Prime Minister Lee Nak-yon of the ruling Democratic Party (DP).

Jongno is regarded as a symbolic constituency in South Korean politics -- a place where key political heavyweights are elected.

Hwang vowed to make Jongno the No. 1 venue where people vote against the liberal Moon Jae-in administration.

"I will start a campaign to challenge the Moon government in Jongno and spread the drive into Seoul, its surrounding areas and across the nation," Hwang told a press conference.

"Though I've been prudent in making this decision, I will march onward with persistence to the end. I will definitely win the elections," he added.

The April general elections are seen as an opportunity for a vote of confidence in the Moon government. Moon passed the midpoint of his single, five-year term in November 2019.

The ruling party enjoys higher public support rates than that of the LKP. But a prolonged economic slowdown and the spread of the new coronavirus are potential downside factors for the DP.

Despite Hwang's determination, it is not certain whether he can win the race, given that Lee is leading in opinion polls.

Lee resumed his political activity in mid-January after a stint as the longest-serving prime minister that began in May 2017.

Furthermore, Lee has taken the lead in polls about promising presidential candidates. He is followed by Hwang.

"I expect competition in good faith for the future of Jongno and the Republic of Korea," Lee said in a statement.

The LKP is seeking to consolidate conservatives in the run-up to the elections to challenge the DP. 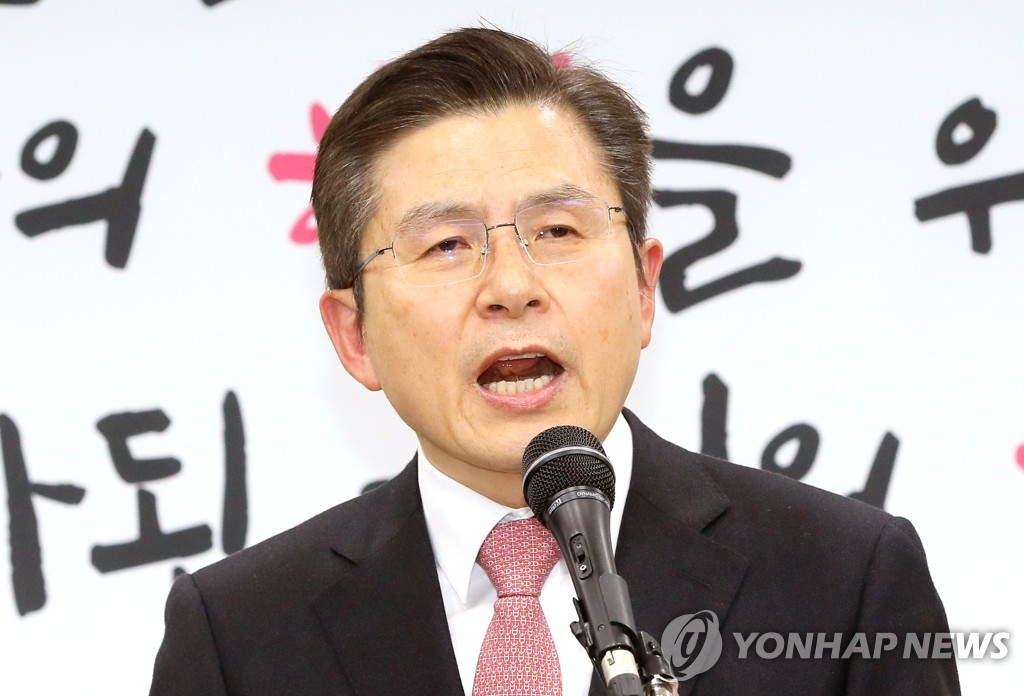