SEOUL, Feb. 7 (Yonhap) -- On top of tracking down potential victims of the new and poorly understood coronavirus and searching for cures that can help treat it, South Korea has another agenda to fight for: tackling fake news.

Two weeks after confirming the country's first infection on Jan. 20, South Korea has seen the number of patients soar to 24, spurring concerns over human-to-human transmission in local communities.

As the news broke out, people naturally went online to share information and learn about the new coronavirus that first emerged in the central Chinese city of Wuhan.

The country's high-speed and ubiquitous internet has been helpful in a sense. Companies and schools streamed events online to minimize exposure to potential patients and people voluntarily developed digital tools to help track the virus. 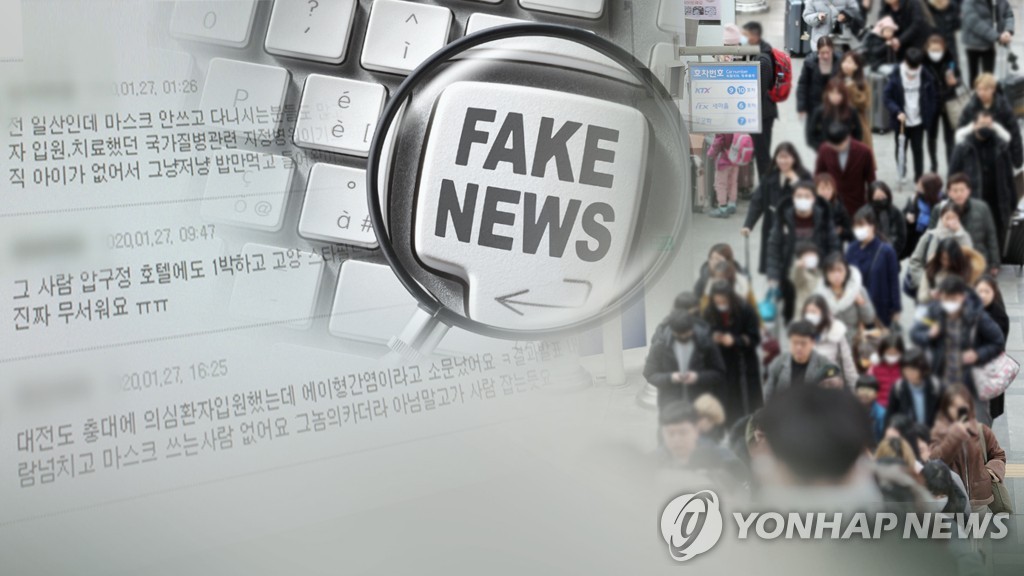 But it has also become a hotbed of fake news and misinformation.

Some YouTubers banked on the outbreak, staging immature pranks where they deceived viewers by disguising as coronavirus patients and filming people's reaction in public venues.

A photo of a mask stained with blood with details on where it was found, or rumors that two people who had eaten bat meat in Wuhan have been infected, circulated online, causing confusion in local communities that were mentioned.

While the YouTube videos were seen as apparent pranks, there were also other incidents of fake news that could lead to more serious consequences.

Cases where fake news distributors abused emblems of the government or a media company have been reported, making it more difficult for the public to discern verified news.

National Human Rights Commission of Korea Chairperson Choi Young-ae warned against such a trend, saying such fake news "not only delays reasonable measures for the crisis but also worsens social conflict."

The public is well aware of the toxicity of fake news.

A survey of 1,000 adults conducted between Jan. 31 and Feb. 4 showed that 42.1 percent of the respondents saw fake news in the past week and 60.4 percent witnessed hate speech.

The survey conducted by a team led by Professor You Myoung-soon at Seoul National University showed that almost all the respondents were opposed to fake news, with 94.7 percent calling for stronger punishment. 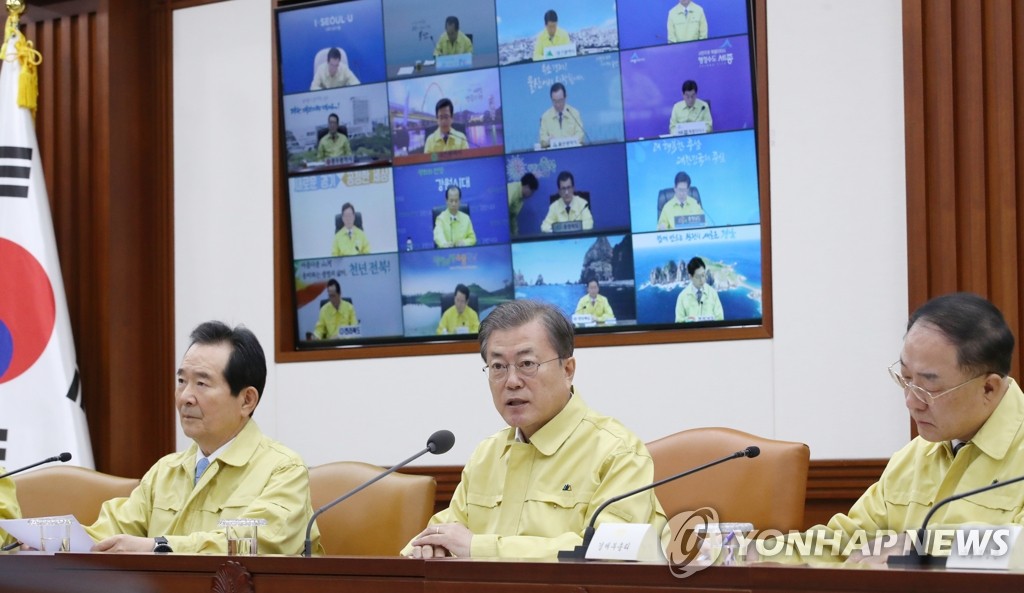 As fake news emerged as a setback in ongoing efforts to tackle the sprawling virus, President Moon Jae-in has pledged to take strict measures against misinformation.

On Jan. 30, Moon called distributing fake news "a grave criminal act" that "goes beyond the freedom of speech."

While there is no panacea for the issue, researchers stress continued efforts to fight fake news, which is likely to continue to resurface in massive events.

"South Korea has suffered damages from misinformation following past events such as the sinking of the ferry Sewol, Middle East Respiratory Syndrome and aviation influenza," researchers at the Korea Institute of Public Administration said in a recent report.

"In a hyperconnected society, the impact of misinformation is increasing as they are easily and quickly produced and distributed through social media. With risks of exposure to fake news growing, (the need for) measures to increase trust in safety information are pressing."