SEOUL, Feb. 7 (Yonhap) -- Hotel Shilla's long-planned project to build a hanok-style hotel near a historic site in Seoul has been given the green light and it is expected to break ground as early as in March, according to the relevant authorities Friday.

The central district of Jung Ward announced that it recently permitted the construction project. Shilla, a luxury hotel chain affiliated with Samsung Group, has yet to receive approval from the Seoul Metropolitan Government in connection with safety and a tour business license but the remaining administrative procedures are seen as a formality set to take a few weeks.

Chances are high that it will be able to kick off the construction of the hotel -- envisioned in the style of hanok, or a traditional Korean house -- next month.

Shilla plans to build it close to an ancient fortress trail on the foot of Mount Nam as part of its project to create a hanok town there by 2025. It has a five-star hotel, the Shilla Seoul, in the area.

Shilla formally floated the idea in 2011, but it made little progress due to concerns over preserving historic heritage and the environment. 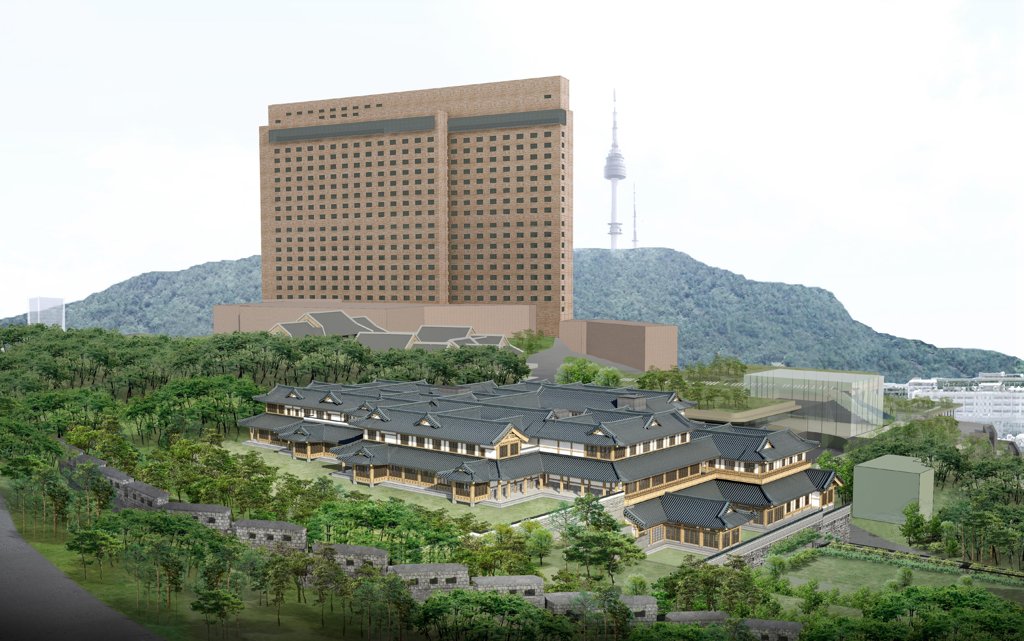