SEOUL, Feb. 9 (Yonhap) -- President Moon Jae-in has asked U.S. state governors to provide South Korea with full support for its efforts to bring lasting peace to the peninsula, as he delivered a video message to them during a reception co-hosted by his country's embassy in Washington, D.C.

"We now find ourselves with the noble task of completing the journey towards peace," Moon said at the U.S. National Governors Association (NGA) event held in the U.S. capital on Saturday (local time). "I would like to ask for cooperation and support from all the governors gathered here so that the great alliance that our two countries has forged will be able to realize that vision."

The president pointed out the time-honored alliance between the two sides, forged in blood, with this year marking the 70th anniversary of the outbreak of the 1950-53 Korean War.

"The Republic of Korea was able to defend its freedom and peace thanks to the dedication and sacrifice of the Korean War veterans from the United States," he said, using South Korea's official name. 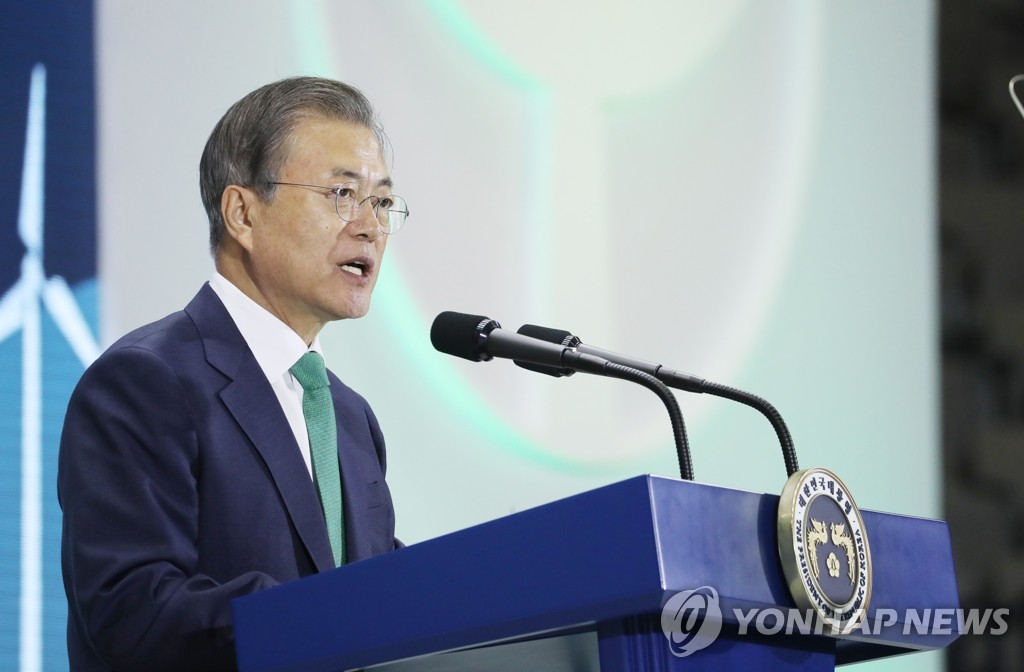 He added the Seoul-Washington ties have evolved into a "great alliance" that goes beyond its primary focus on security to encompass economic and global cooperation.

"Over the past 70 years, our two countries have been working together to safeguard peace on the Korean Peninsula and the security of Northeast Asia," he said in the message released by Cheong Wa Dae.

Moon described each of the governors as a "dependable bridge that enables dynamic exchanges" between the allies.

Thanks to their revised free trade agreement, he noted, two-way trade volume hit an all-time high of US$135.2 billion last year.

Moon recounted South Korean firms' investments in the U.S. -- Samsung Electronics in Texas and Hyundai Motor Group in Alabama and Georgia, as well as Doosan Bobcat in North Dakota and North Carolina.

He also cited Lotte Chemical, SK Innovation, Hankook Tire & Technology and LG Electronics, which all have been contributing to job creation and industrial development in U.S. as well.

He thanked the governors for their related support and attention to around 2.5 million ethnic Koreans living across the U.S.

He assured the governors that the South Korean government will "always stand with you for the shared prosperity of our two nations."

In particular, Moon expressed his warmest greetings to Gov. Larry Hogan of Maryland, who leads the NGA and is known as a "son-in-law of Korea."