SEOUL, Feb. 9 (Yonhap) -- President Moon Jae-in said Sunday that his government will concentrate efforts not just on curbing the spread of the novel coronavirus but also on minimizing its impact on the local economy.

He was speaking at a meeting with residents from Jincheon and the nearby county of Eumseong. Jincheon is where 173 Korean evacuees from Wuhan, known as the epicenter of the epidemic that started reportedly last December, are quarantined at a state-run facility.

They are part of the 701 South Koreans who arrived in their home country on Jan. 31 and Feb. 1 on emergency chartered flights from the Chinese city. Other evacuees are being isolated at a state-run facility in Asan, South Chungcheong Province.

"It's natural that local residents feel anxiety" in connection with the government's decision to accommodate the ethnic Koreans from Wuhan in the quarantine facility situated in their community, Moon said. 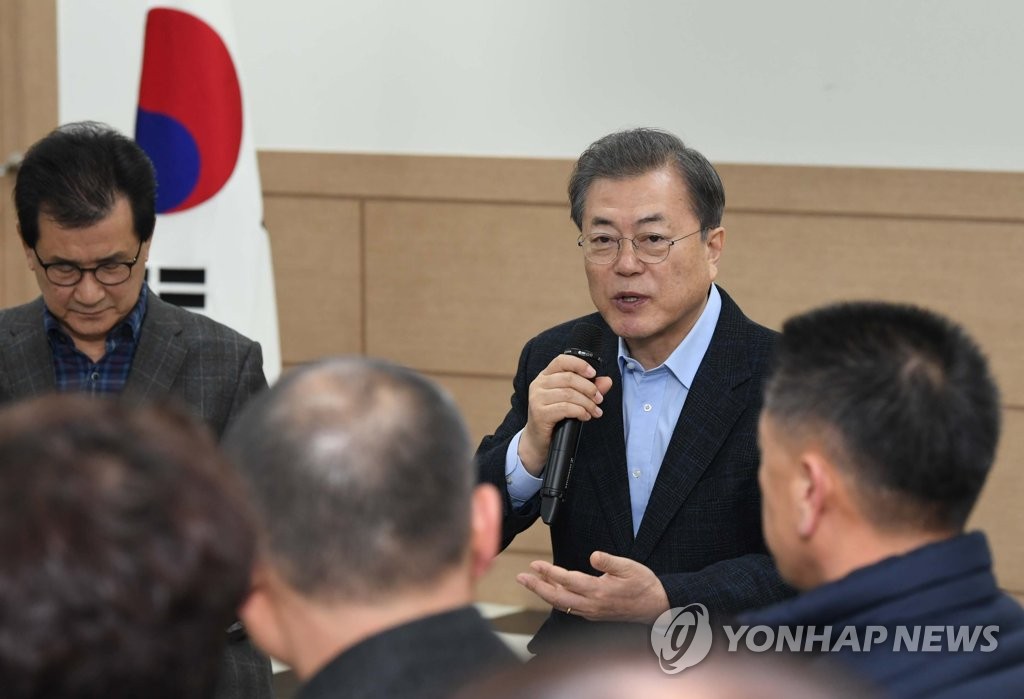 Nonetheless, they "warmly" embraced the compatriots, treating them like "families and brothers," the president said.

"I thank you all once again," he said, taking note of the role of provincial and county authorities in the process.

Moon pledged that his administration will "make maximum efforts" and take "various measures" in cooperation with the local governments to prevent the pandemic from having negative effects on the regions' economy.

He added the government has learned that it can "adequately control and overcome" the disease although it's highly contagious.

South Korea has reported 25 confirmed cases as of Sunday morning without a death. Three patients have been fully healed and discharged from hospitals.

Earlier in the day, Moon visited the quarantined compound where the evacuees are staying. He received a briefing on their daily lives there and medical conditions.

The president's visit to the region reflects his concerns not only about quarantine measures related to the virus but also the pandemic's impact on the local economy, a Cheong Wa Dae official said. 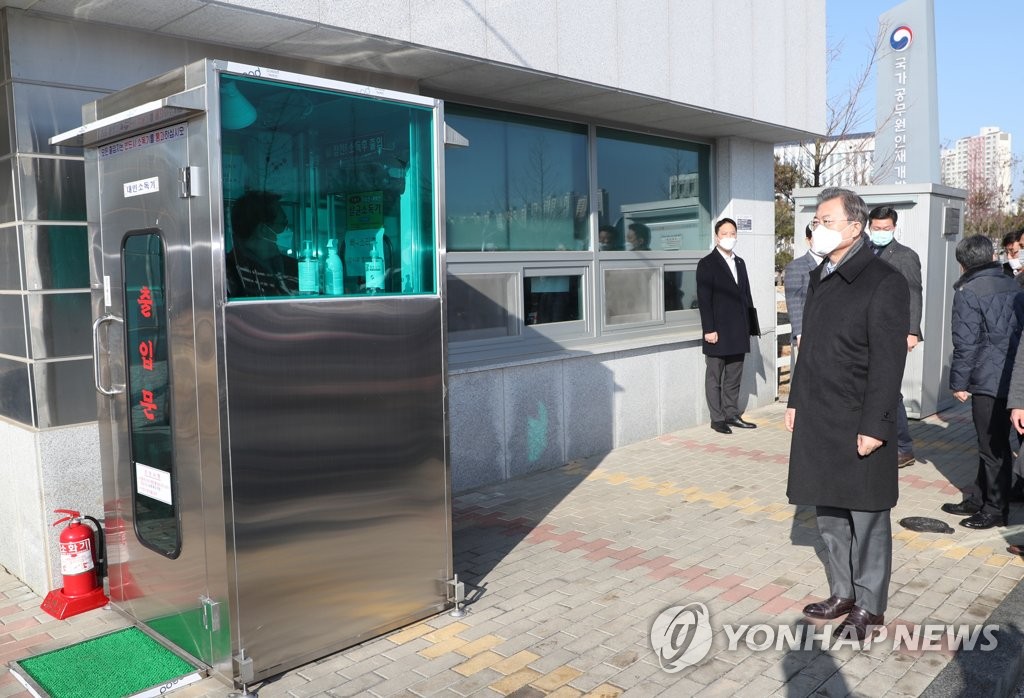