SEOUL, Feb. 9 (Yonhap) -- A conservative lawmaker who recently broke away from a minor opposition party announced Sunday that he is seeking to merge his newly created party with the main opposition Liberty Korea Party (LKP) in a bid to form a united right-wing front ahead of the April general elections.

Rep. Yoo Seong-min made the announcement at the National Assembly, saying he will not run in the upcoming elections to focus all his efforts on uniting the conservative bloc.

"I will follow the people's order to bring the conservatives together so as to stop President Moon Jae-in's reckless running of the country that is ruining this country," he told a press briefing. "I intend to follow the people's order for the conservatives to join forces, be reborn and replace power in the general and presidential elections and save the country from a ruinous crisis.

"At the same time, I declare today that I will not run in the general elections in order to fully devote myself to the pursuit of the reform of conservatism," he said.

Yoo was among the several other members of the Bareunmirae Party that have defected from the party and launched a new conservative party early last month, less than four months before the April 15 parliamentary elections.

Yoo was one of the co-founders of the BP, along with Ahn Cheol-soo, a former presidential candidate who has also left the party as he returned to politics after a year of hiatus, sparking speculation that a move to consolidate conservative forces may gain traction.

Yoo's announcement comes days after he publicly proposed to Hwang Kyo-ahn, LKP chief, that the two meet and discuss the potential marriage. Hwang has responded positively, with observers predicting that such a meeting could take place as early as later in the day.

The BP, a splinter group, was established in February 2018 through the merger of the minor central-left People's Party and the central-right Bareun Party that was headed by Yoo. 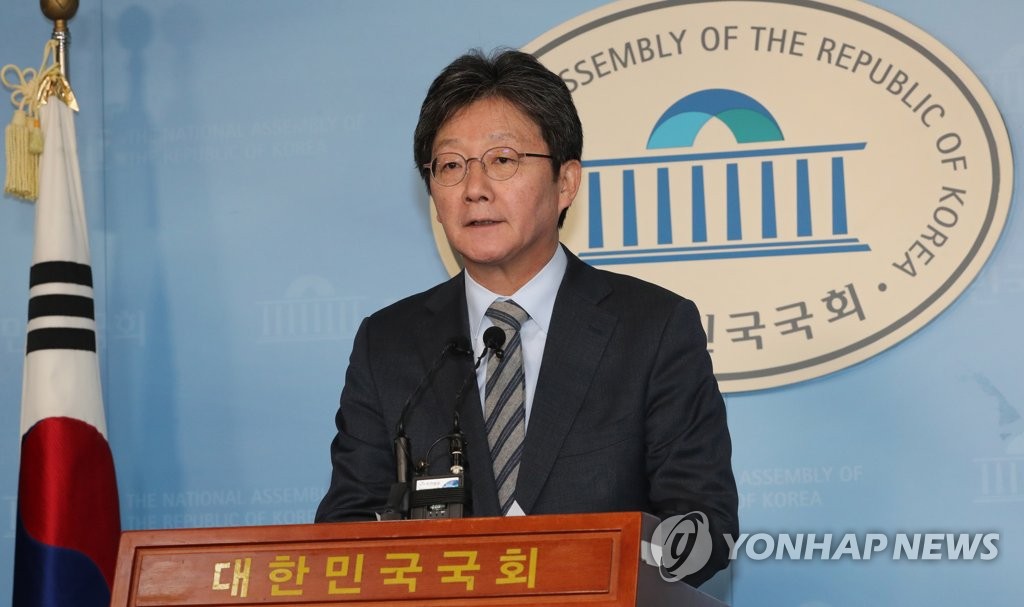 Ex-BP lawmaker seeks merger with LKP ahead of elections

Ex-BP lawmaker seeks merger with LKP ahead of elections