SEOUL, Feb. 9 (Yonhap) -- Unification Minister Kim Yeon-chul on Sunday reaffirmed the need to push for inter-Korean cooperation in railways, roads and tourism, as South Korea seeks to expand cross-border exchanges as part of efforts to continue its engagement with North Korea.

"We will continue to seek ways to expand cross-border relations in the fields of tourism, which North Korea has been focusing on, and railways and roads that connect land and sea, as well as the two Koreas, in the Demilitarized Zone and border areas," Kim told a forum in the eastern provincial county of PyeongChang.

PyeongChang hosted the Winter Olympic Games in early 2018, an event that paved the way for detente between Seoul and Pyongyang that eventually led to a series of historic inter-Korean summits and summit talks between the North and the United States.

Kim's remarks came as Seoul is looking to bolster inter-Korean exchanges as a way to improve the strained cross-border relations and to facilitate the denuclearization talks between Washington and Pyongyang.

The nuclear talks have remained at an impasse after the summit of U.S. President Donald Trump and the North's leader Kim Jong-un collapsed without a deal early last year.

In his press conference for 2020, President Moon Jae-in cited individual tours as a way to break the impasse, saying that the tours do not violate U.N. sanctions against the North.

On Sunday, Kim said, "It's time that we started sustainable exchanges and cooperation that will remain undaunted under any kind of circumstances.

"If we help each other and overcome obstacles together, the road to peace will be closer by that much," he said.

Kim also reiterated the government's will to push for a co-hosting of the 2032 Summer Olympics with North Korea.

"If the international community pulls together its support, the stream of peace will incessantly flow down from Tokyo and Beijing to the North-South joint Olympics," he added.

In 2018, Moon and North Korean leader Kim Jong-un agreed to discuss the creation of a special tourism zone on the east coast and reconnect severed railways and roads across their border. Those projects, however, remain stalled amid chilled inter-Korean relations. 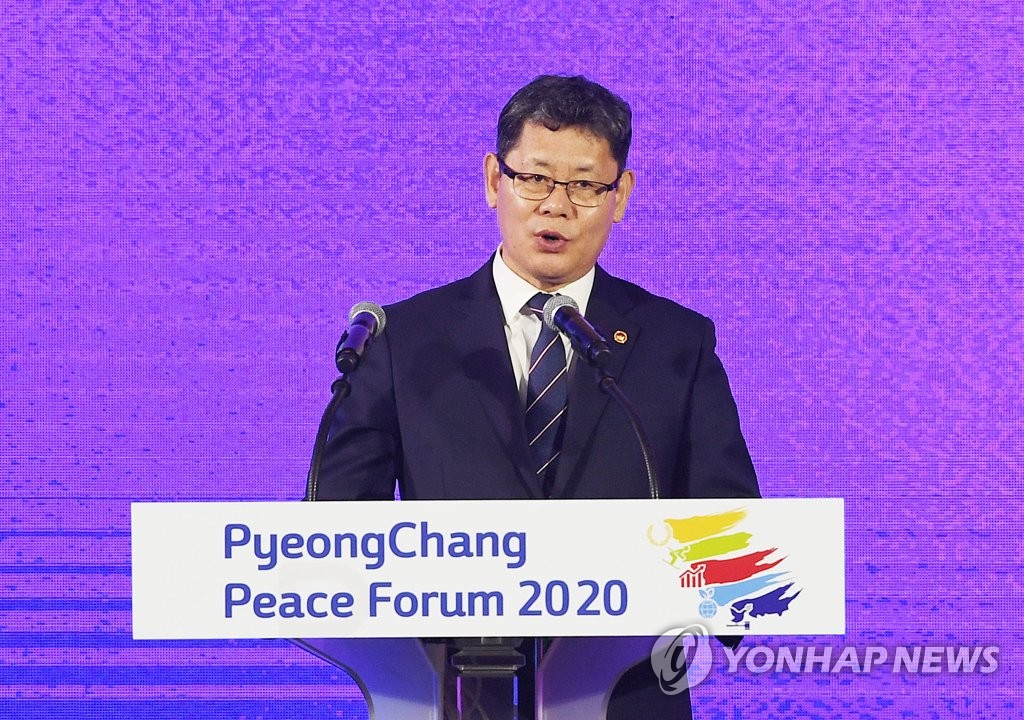