SEOUL, Feb. 9 (Yonhap) -- South Korea said Sunday that it will send an additional flight to the central Chinese city of Wuhan to evacuate about a hundred Korean nationals and their Chinese family members as concerns are growing over the global spread of the new coronavirus.

South Korea earlier sent two chartered flights to Wuhan, the epicenter of the highly contagious virus, to shuttle around 700 South Koreans back home. More than 200 South Korean nationals and Chinese family members are staying there and in surrounding areas amid little progress in relevant negotiation with China.

"We have decided to deploy one additional temporarily arranged flight, and it will fly to Wuhan at the earliest date possible as soon as relevant discussions with Chinese authorities are complete," Minister of Health and Welfare Park Neung-hoo said in a briefing on Sunday.

Park said that the Chinese government had maintained that Chinese family members not board a chartered evacuation plane but recently changed their stance to allow their evacuation as well.

Foreign Minister Kang Kyung-wha said in the briefing that the South Korean consulate in Wuhan has confirmed that there are around 230 South Korean nationals and Chinese family members staying in the city, expecting that some 100 of them would apply to board the third chartered plane.

"We are conducting a survey on those people, which will be completed by midnight," she added. "Detailed schedules are being discussed with the Chinese side now." 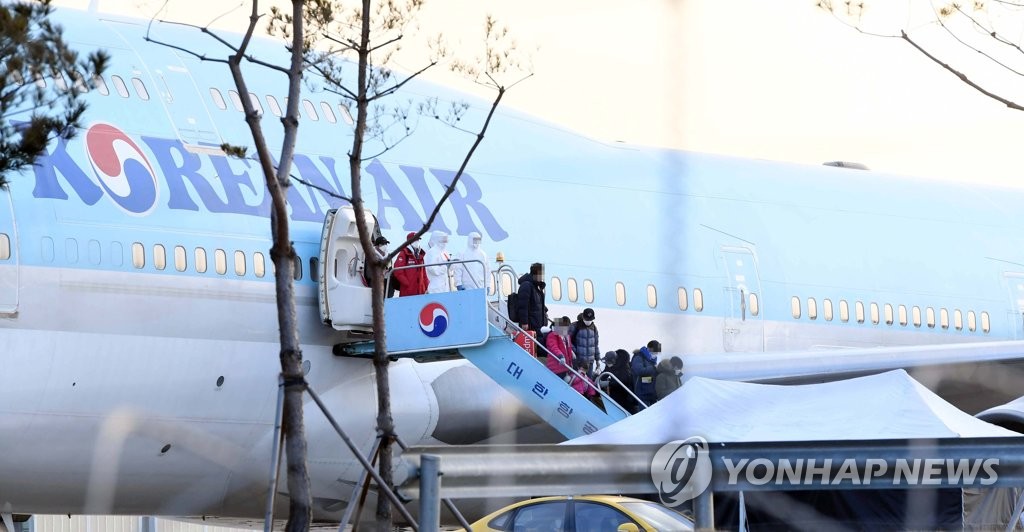 Where those evacuees will be housed after returning home has not been decided, but officials gave assurances that they will be tightly quarantined for 14 days, the presumed incubation period for the virus, at government-run facilities located away from populated areas.

Those people brought back to the South on two chartered flights on Jan. 31 and Feb. 1 are being quarantined for 14 days at state facilities in Asan and Jincheon, both about 90 km south of Seoul.

Wuhan, a city with a population of some 11 million, has been placed under a lockdown, and many countries in the world have sent evacuation planes to pull out their people from the virus-stricken city.

South Korea has banned the entry of foreigners who have traveled to Hubei province in recent weeks in its stepped-up quarantine efforts against the virus.

The government said that it is considering further limiting the entry of people from China and tightening quarantine checks on entrants from countries that have reported infections of the new coronavirus.

In a bid to prevent the flow of the virus from countries other than China, Health Minister Park said that the government will advise its people against making nonessential overseas travel, including trips for the sake of sightseeing.

South Korea has reported 27 confirmed cases of new coronavirus infection, though none of the patients have died. On Sunday alone, three additional cases were reported.
(END)