SEOUL, Feb. 10 (Yonhap) -- South Korea and the United States held a "working group" meeting Monday to coordinate policy on North Korea, with Seoul's push to allow individual trips to the North expected to be a key agenda item, amid speculation anti-coronavirus aid could also be discussed.

The chief U.S. delegate, Deputy Special Representative for North Korea Policy Alex Wong, went straight into a closed-door meeting with his South Korean counterpart Rhee Dong-yeol without speaking to reporters after arriving at the foreign ministry.

The two sides were expected to discuss South Korea's push for inter-Korean exchanges amid the prolonged deadlock in the nuclear talks between Washington and Pyongyang since the collapse of the second summit in February last year between U.S. President Donald Trump and the North's leader, Kim Jong-un. 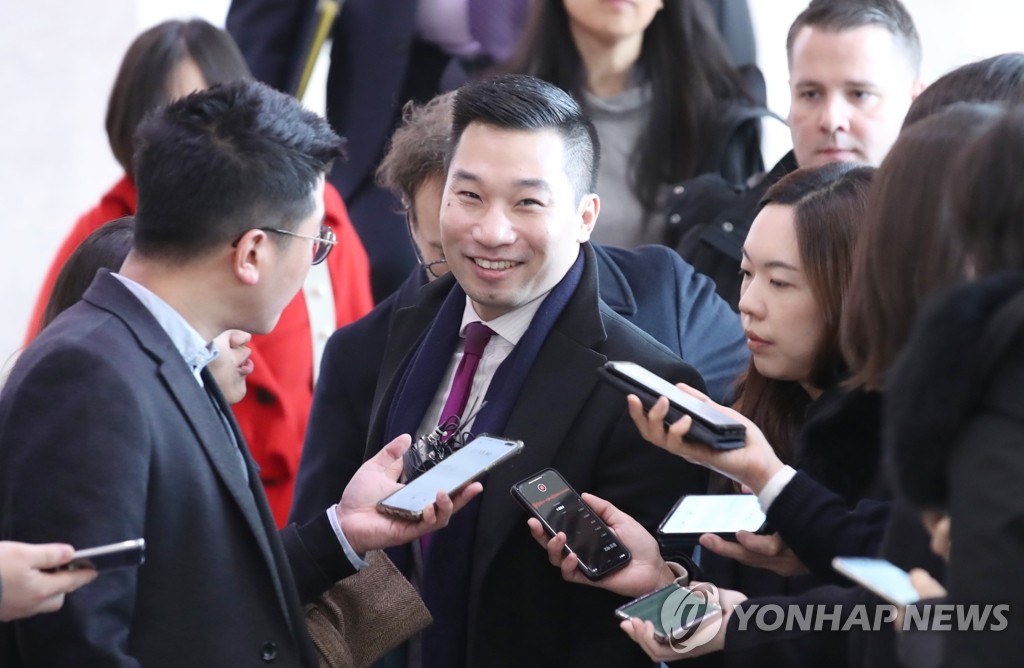 The unification ministry in charge of inter-Korean relations said the issue of individual tourism does not necessarily need consultations with the United States because such tourism is not banned under U.N. sanctions, though the government plans to brief the U.S. on it.

"The issue of individual trips is not subject to consultations between South Korea and the U.S. as the government has consistently said," Yoh Sang-key, the ministry's spokesperson told a regular media briefing earlier in the day.

"However, as far as I know, we're going to explain our position," he said.

The two sides were also expected to discuss a wide range of issues related to the North, including the reconnection of cross-border railways and roads, a project that the two Koreas agreed upon in 2018 but which has been stalled ever since.

Experts say individual trips to the North might face challenges, such as securing U.S. understanding and a positive response from Pyongyang amid the chilled relations, as well as ensuring the safety of travelers.

Possible aid to North Korea with regard to the new coronavirus could also have also been discussed, though the communist nation has not reported any confirmed case yet.