Also, "Parasite" is the first non-English movie to win the best original screenplay award since the Spanish-language "Talk to Her" written by Pedro Almodovar won the title in 2002. 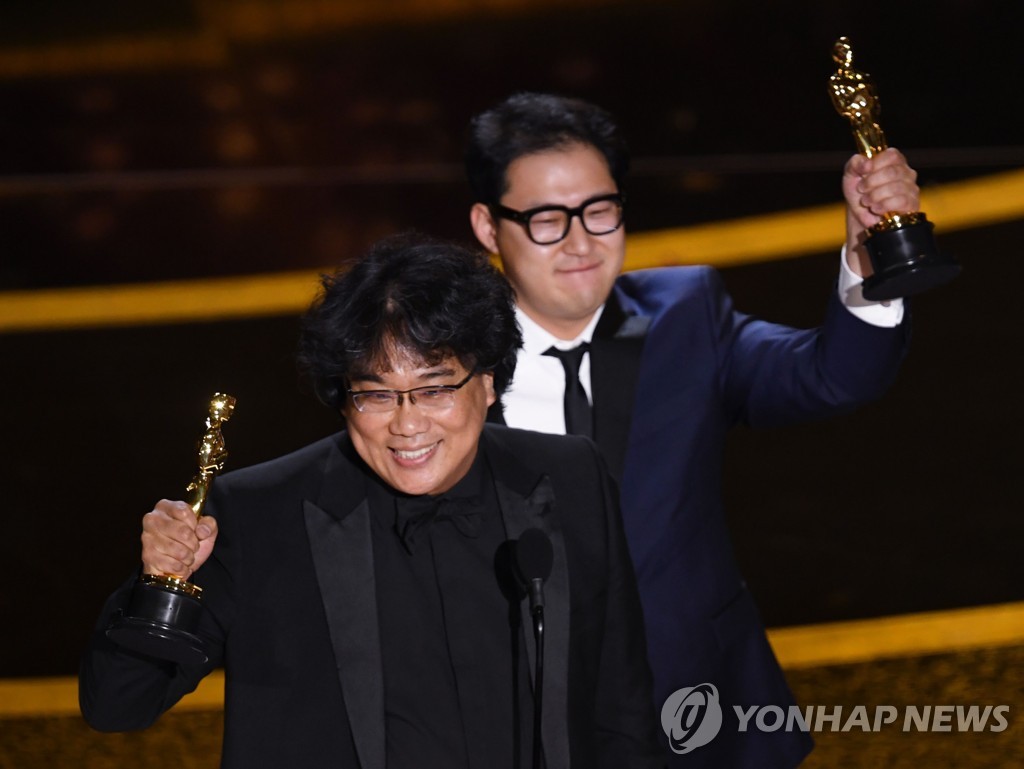