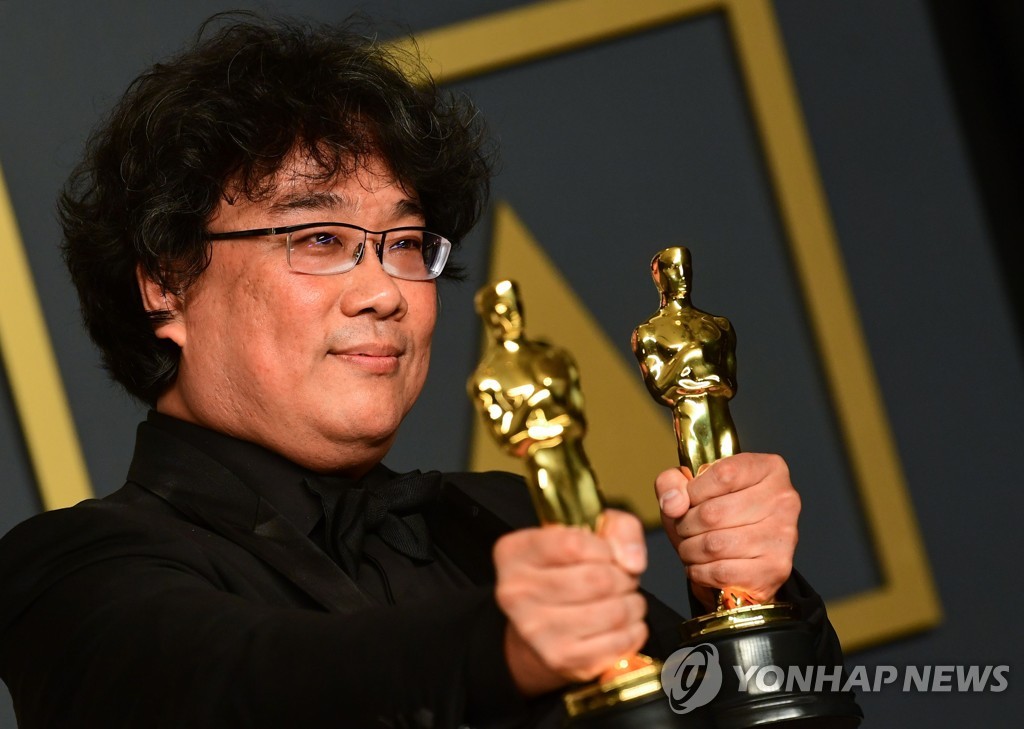 It is the first time that a non-English film has been chosen for the Oscar best picture award by the Academy of Motion Picture Arts and Sciences (AMPAS) in the more than 90 years of its history. It also is the first time that the winner of Cannes' Palme d'Or grabs the top honor at the Oscars since 1955, when the American romantic comedy "Marty" doubled the two accolades.

The top prize winner of last year's Cannes is a family satire that depicts the entrenched social class system through the lives of two families, one rich and one poor, with Bong's unique humor and suspense.

"I feel like, a very opportune moment in history is happening now," Kwak Sin-ae, a producer of "Parasite," said. "I would like to express my deepest gratitude and respect for all the members of the academy for making this decision. Thank you."

Bong accepted the award with Kwak. But he didn't make a speech for the award since he ascended to the stage three times before to grab the best director, best screenplay and best international feature film awards. 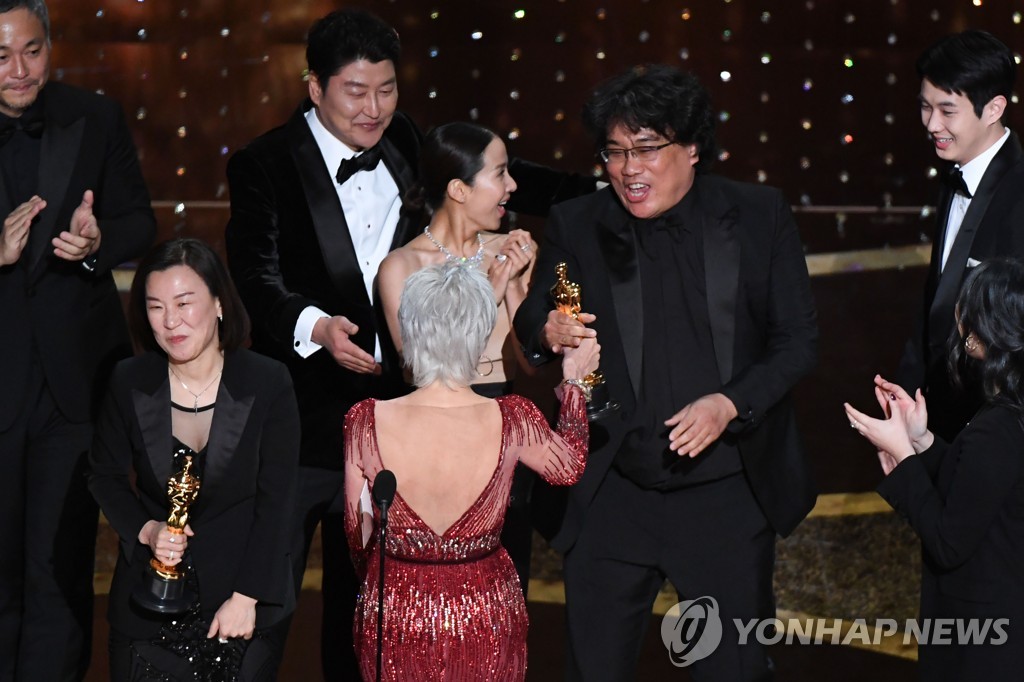 He became the second Asian director to win the Academy's best directing award, after Taiwan's Ang Lee who won twice for "Brokeback Mountain" and "Life of Pi." He is the first Asian writer to be awarded in the section.

At the acceptance speech for international feature film, previously known as best foreign language film, Bong said he could feel the change in the Academy.

"I'm so happy to be its first recipient under the new name," the director said through an interpreter. "I applaud and support the new direction that this change symbolizes."

When accepting best director, he said he was influenced by master directors in Hollywood like Martin Scorsese and Quentin Tarantino.

"When I was in school, I studied Martin Scorsese's films," he said. "Just to be nominated with him is a huge honor, and I never thought I would win."

"Parasite" was also nominated in best film editing and best production design but lost to "Ford v. Ferrari" and "Once Upon a Time in Hollywood," respectively. 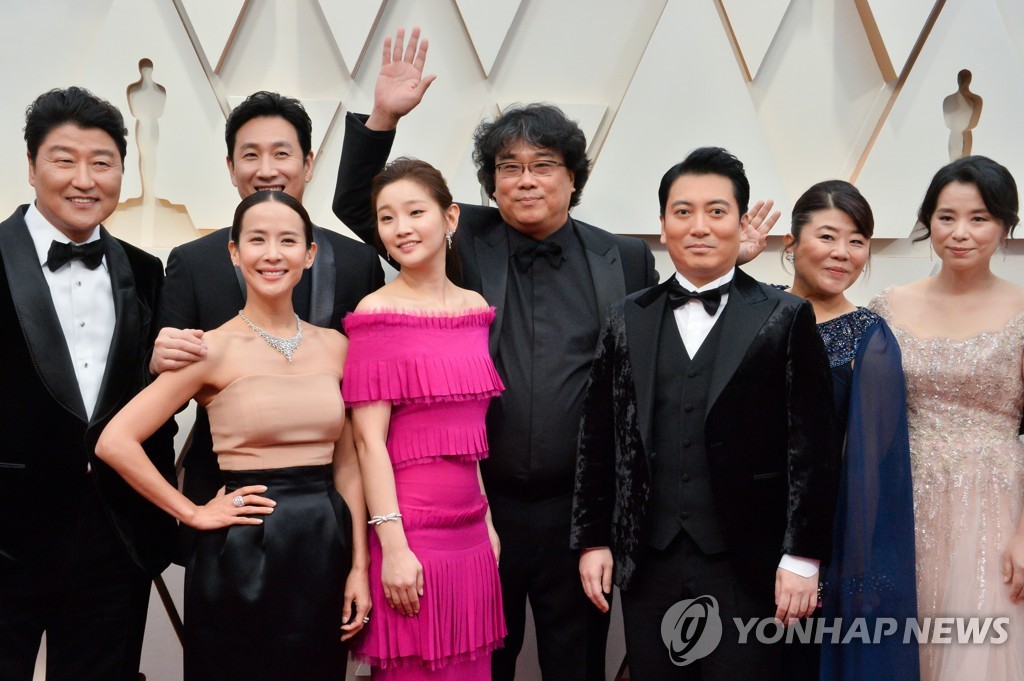