Based on the global usage of their EV batteries, the combined market share of three South Korean EV battery makers -- LG Chem Ltd., Samsung SDI Co. and SK Innovation Co. -- stood at 15.8 percent in 2019, compared with 11.8 percent from a year earlier, according to data from market tracker SNE Research.

LG Chem was the third-best performer in the world with a 10.5 percent market share, and 12.3 gigawatt-hours (GWh) worth of its EV batteries was used in 2019, up 64.8 percent from a year earlier. 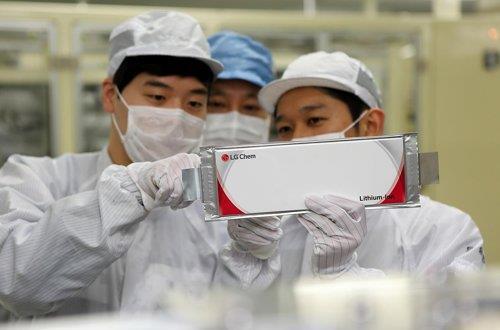 Japan's Panasonic came in second place with a 24.1 percent market share, and the usage of its EV batteries increased 32.1 percent on-year to 28.1 GWh.