SEOUL, Feb. 10 (Yonhap) -- South Korea's push to allow its citizens to go on tours to North Korea on an individual basis is not subject to consultations with the United States as such tourism is not banned under U.N. sanctions, the unification ministry said Monday.

South Korea and the U.S. held a "working-level" meeting in Seoul on Monday to coordinate their policy toward North Korea at which such issues as individual trips to the North were expected to be addressed. Deputy Special Representative for North Korea Policy Alex Wong arrived in Seoul for the meeting Sunday.

Seoul has worked on allowing individual trips to the North to move stalled inter-Korean relations forward amid a protracted stalemate in denuclearization talks between Washington and Pyongyang. Seoul says that such trips do not violate global sanctions.

Some, however, have said that such trips should require close consultations with the U.S. to avoid the challenges created by many previous cross-border projects due to Washington's wariness about easing pressure on Pyongyang before its denuclearization. 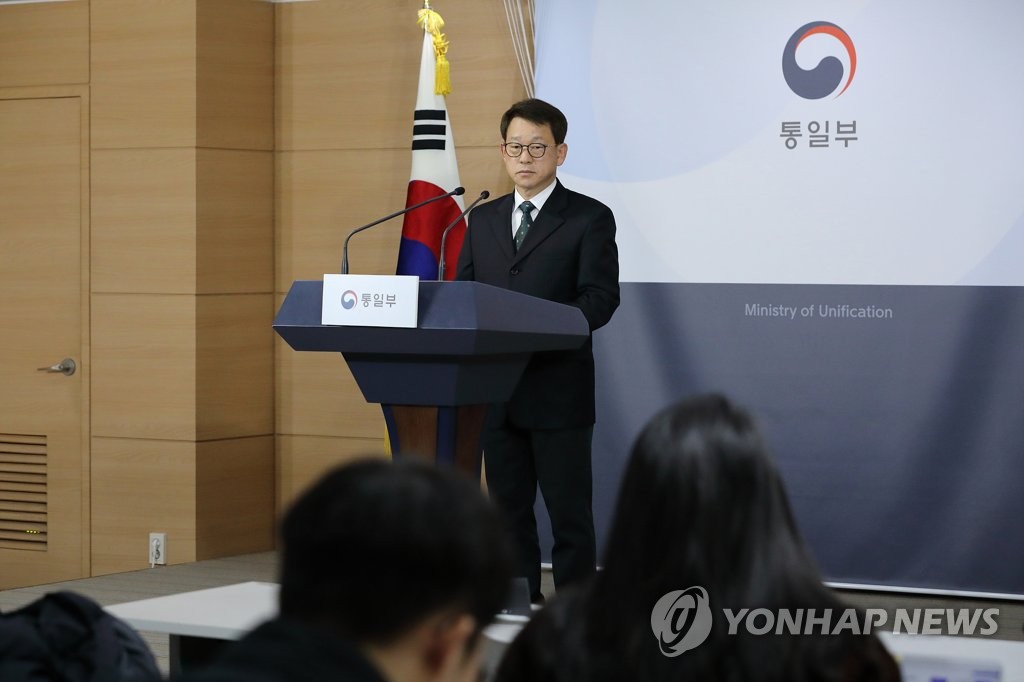 "The issue of individual trips is not subject to consultations between South Korea and the U.S. as the government has consistently said," Yoh Sang-key, the ministry's spokesperson, told a regular press briefing, when asked if the issue was one of the agenda items to be discussed during the working group meeting.

Yoh said the South nevertheless plans to brief the U.S. side on its stance on individual tourism.

The spokesperson noted that the two are expected to discuss a wide range of matters related to North Korea, including the reconnection of cross-border railways and roads, a project that the two Koreas agreed upon in 2018 but has been stalled ever since.

The idea of individual tourism to North Korea was first broached last year as a "creative" way to salvage the long-suspended tour project at Mount Kumgang on the North's east coast, after the North threatened in October to end the project. It was suspended in 2008, when a South Korean traveler was shot dead near the resort.

The idea gained traction after President Moon Jae-in last month cited it as a possible way to expand inter-Korean exchanges without violating U.N. sanctions on the North.

Experts, however, have said that individual trips to the North might face multiple challenges, such as securing understanding from Washington and a positive response from Pyongyang amid chilled relations, as well as ensuring the safety of travelers.

Inter-Korean relations remain almost stalled as North Korea has not responded to Seoul's offers for talks or cross-border cooperation. Pyongyang has criticized Seoul for dragging its feet in inter-Korean affairs.

Individual tourism to N. Korea not subject to consultations with U.S.: ministry

Individual tourism to N. Korea not subject to consultations with U.S.: ministry