"Enjoying the Embassy's Oscars Watch Party with a bowl of 'jjapaguri.' Congratulations to Korean Director Bong Joon-Ho for 'Parasite' winning Best Screenplay...ROK's first-ever Oscar! More awards to come!" he said in a tweet, referring the host country by its official name, the Republic of Korea.

Jjapaguri, which Harris presumably had with his embassy officials to reenact a scene in the film, is a mixed dish of two popular instant noodle brands in Korea, widely favored by children.

Jjapaguri was translated into "ramdon," an invented word combining "ramen" and "udon". 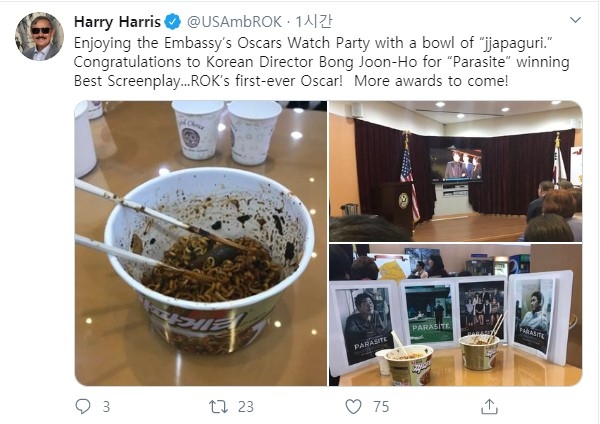