The pictures attached to the messages showed plastic bowls of "Jjapaguri," a dish that mixes two popular instant noodle brands in Korea, which Harris presumably had with his embassy officials to reenact a scene in the film.

Jjapaguri was translated into "ramdon," an invented word combining "ramen" and "udon." 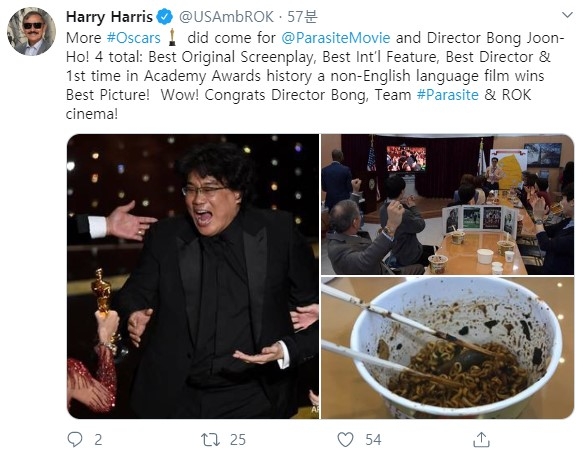 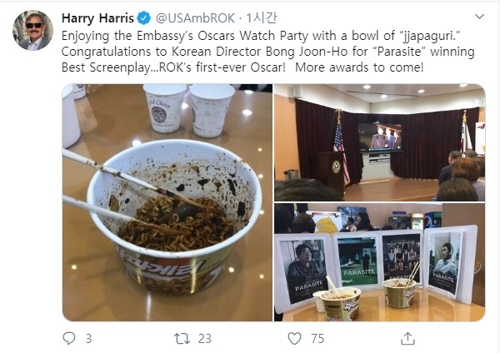