The Financial Supervisory Service (FSS) is scheduled to unveil the reform measures Friday in an effort to help bolster hedge funds' internal risk control systems in the wake of the liquidity crisis at Lime Asset Management Co.

Details have yet to be released, but industry watchers predict the measures will focus on improving how hedge funds manage risks and whether they sell their products to customers properly.

The Lime scandal started in July last year when the FSS launched a probe into suspected irregularities at the fund relating to bolstering investment returns. The investigation touched off a fund run by making spooked investors rush to withdraw their money.

Lime, the top hedge fund by assets under management, is suspected of having inflated the fund's returns and concealed investment losses in a bid to maintain its customer base.

In addition, the hedge fund was allegedly involved in a Ponzi scheme to cover losses and engaged in misselling, or selling products to customers without providing adequate information or explaining the high risks involved.

Last week, accounting firm Samil PwC presented Lime with a due diligence report that estimates losses from its two major products to range from 50 percent to 60 percent of the total investment money. 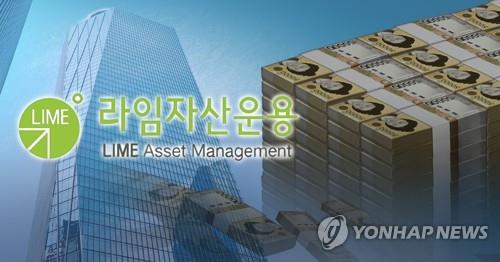 Samil PwC, the South Korean subsidiary of global accounting and consulting firm PricewaterhouseCoopers, is slated to announce the results of its due diligence on the two Lime investment products this week.

The Lime fiasco and suspected improper activities have irked investors, prompting them to move to file lawsuits against some of Lime's agents, including Woori Bank and Shinhan Investment Corp., for alleged misselling.

Hedge funds are not alone. Some banks, brokerage houses and asset managers have been taking flak for improperly selling derivatives linked to overseas interest rates that carry the risk of losing nearly all the investment money.

So-called derivatives-linked fund (DLF) products were designed to earn large amounts of money when the interest rates of major economies stayed above a certain level.

Those products, however, turned into losers as bond yields in the U.S., Britain and Germany unexpectedly sunk amid speculation that central banks in major economies might aggressively slash their interest rates.

In late January, the FSS reprimanded top executives of two major commercial lenders, Woori and Hana banks, over improper selling of derivatives-linked products, while asking the decision-making Financial Services Commission to impose a penalty on them and suspend some of their operations for six months.

The watchdog further recommended the two lenders provide compensation for up to 80 percent of their customers' losses.

Many consumers have reported losses of up to or over 90 percent of their investments after interest rates or bond yields in the major economies tumbled.
(END)