In a weekly meeting with his senior aides, he also warned of stern punishment against such illicit activities as spreading fake news and hoarding face masks.

"We will surely overcome difficulties in the economy" from the novel coronavirus epidemic, he said at the outset of the meeting, which was open to pool reporters. "The government will provide support by mobilizing every available resource."

He pointed out that the epidemic has taken an unexpected toll on Asia's fourth-largest economy, which had shown signs of recovery, heavily affecting exports, tourism, production and consumption.

"But we can't just wait for the disease to subside," Moon said. 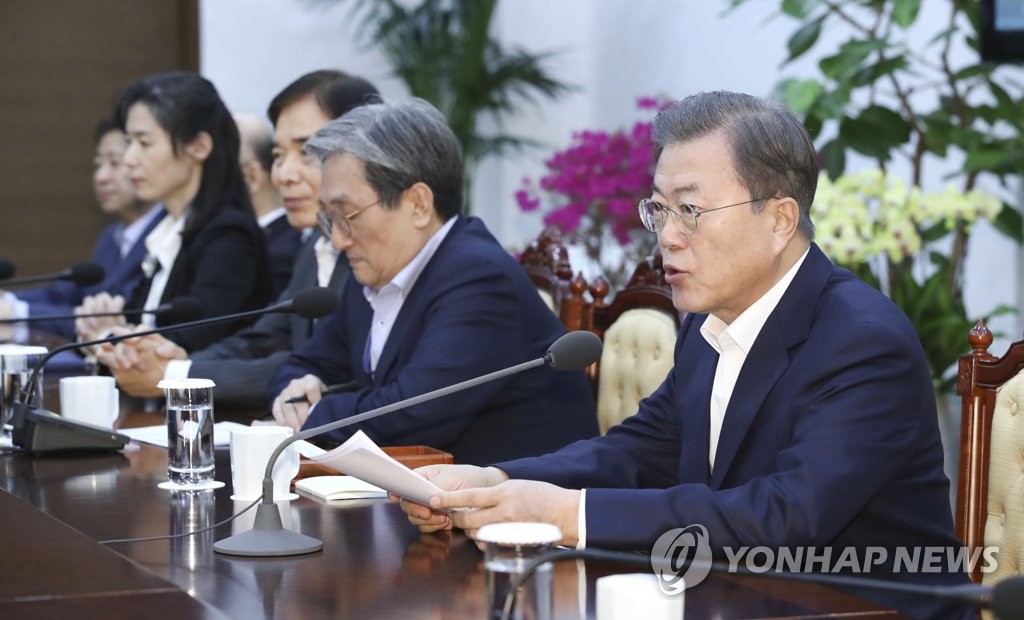 He stressed that South Korea can ride out the trouble on the basis of its advanced medical system and its quarantine experience, and asked the people not to give in to excessive fear and anxiety.

He said that as experts have stated, the fatality rate of the virus is not high in the case of appropriate treatment.

South Korea has reported 27 confirmed cases with no deaths so far. Three patients have been declared fully cured, with the remaining ones in relatively "stable condition," Moon noted.

"One certain thing is the fact that we can adequately handle and overcome (the disease)," he added, "We shouldn't be complacent until the situation is completely over, but we don't need to be daunted by excessive anxiety and fear."

The president also reaffirmed his administration's determination to deal sternly with unjust trading and illegal market activities, including price gouging and hoarding, as well as distribution of fake news on the virus.

"Shall we start (this meeting) with a round of applause?" Moon asked. 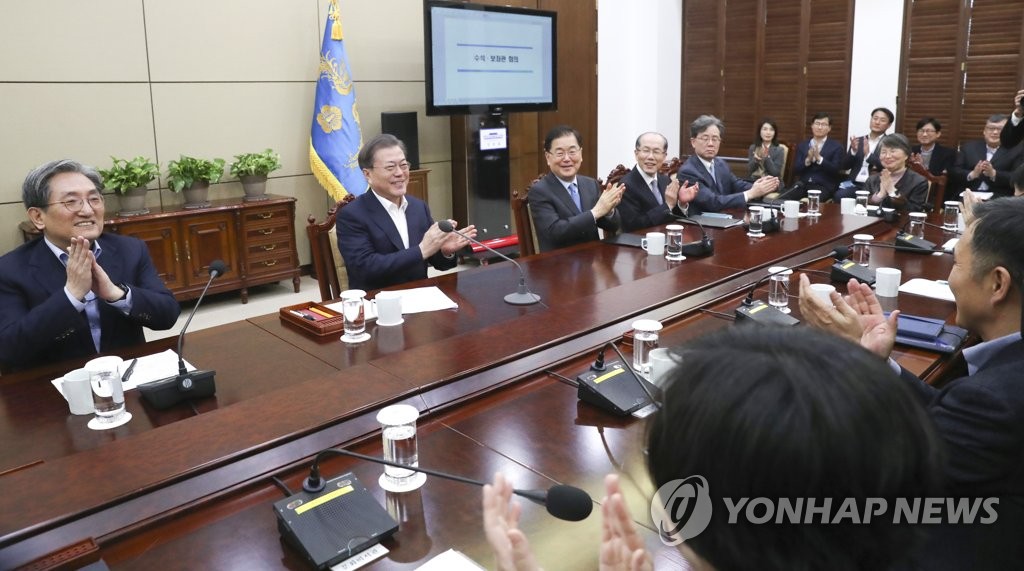 Moon vows all available means against economic impact from coronavirus

Moon vows all available means against economic impact from coronavirus