SEOUL, Feb. 10 (Yonhap) -- President Moon Jae-in posted a congratulatory message Monday on the Oscar success of the South Korean film "Parasite," saying it has given South Koreans pride and courage as they try to overcome the challenges of the novel coronavirus outbreak.

On his social media accounts, the president said his government would "be with our movie people" so that they can engage in imaginative filmmaking free from worry. He was apparently reaffirming his administration's commitment to protect freedom of speech with minimal censorship. 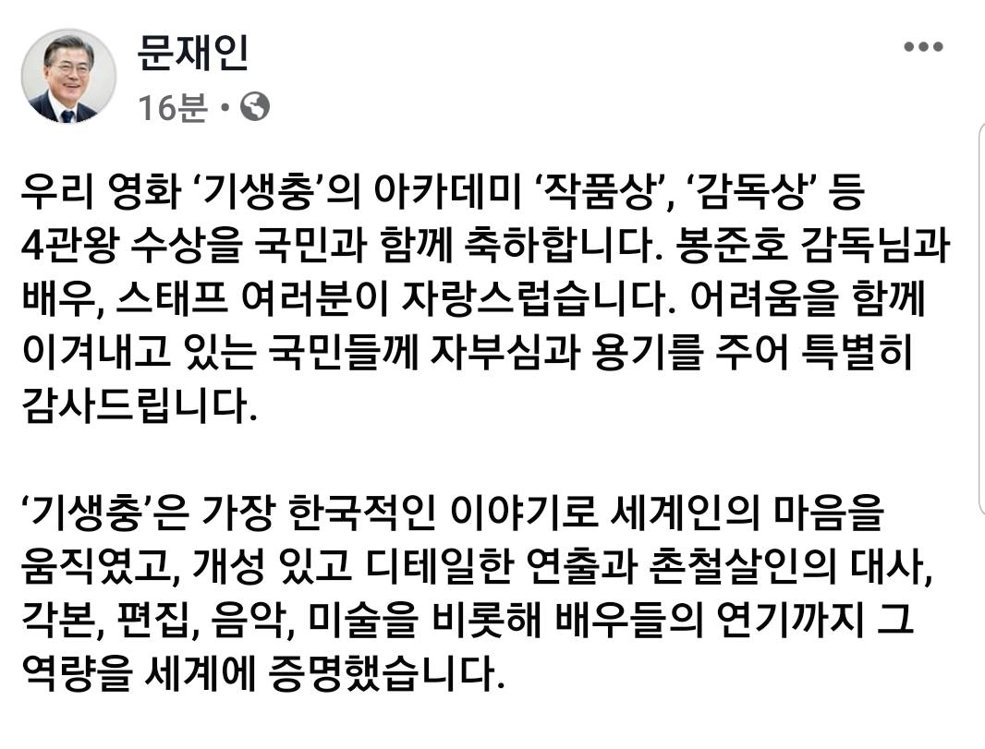 The movie, directed by Bong Joon-ho, was awarded the best picture, best screenplay, best director and best international feature film prizes at the 92nd Academy Awards earlier in the day.

"It makes us realize the impact and power of movies," Moon said, adding he's already curious about future projects from Bong, the cast and crew.