Having won best director, best original screenplay and best international feature film as well, "Parasite" was the first non-English title to win the Oscar's best picture in the more than 90-year history of the award event.

Among a handful of new records it generated, the film was also the first title to win both Cannes' Palme d'Or and the Oscars' top honor since American romantic comedy "Marty" did so in 1955.

Bong's colleagues back in South Korea erupted in jubilance over the news of his film winning big at the prominent film awards.

"I am lucky to be able to work alongside such gifted people related with the film 'Parasite' in the same time frame and in the same industry," said Park Chan-wook, the director of "Oldboy," the winner of the Cannes' No. 2 Grand Prix award in 2003.

Park and Bong are known to be on close terms, both pioneers in the local cinematic industry who have promoted Korean films outside of the country.

Park was on the judging panel for the 70th Cannes Film Festival in 2017 when Bong's Netflix film, "Okja," unsuccessfully competed for the Palme d'Or.

Park partly predicted Bong's breakout hit when he said in an interview in November that, "I thought that when director Bong came back to the Korean language and society as a Korean, having done 'Snowpiercer' and 'Okja,' the insights accumulated inside him would finally explode." 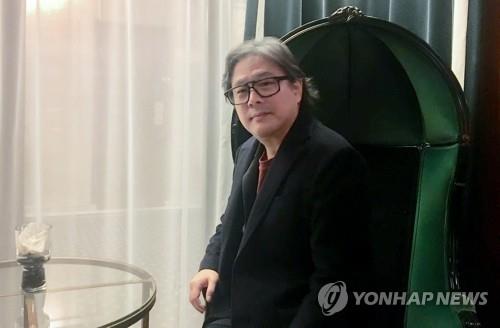 Screen actor Kim Nam-gil, who starred in a TV show with "Parasite" actor Lee Sun-kyun, also celebrated the victory in a text message released to the media.

"(The film) took the biggest (parasite) host called the U.S. by surprise. It is somehow a natural outcome after the film presented a new (cinematic) language through original variations," he said, expressing congratulations to Bong and his colleagues.

"I wish the Korean cinema world would have more original and eye-opening titles going forward," he said.

Rising screen star Park Jung-min also celebrated the victory with a message referencing the title of the film. "'Parasite' Did Parasite," he said, referring to the film's breaking into the Oscars. 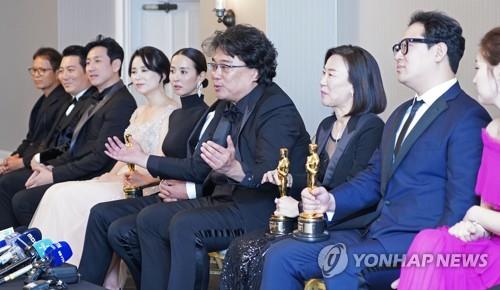 Filmmakers hailed the Oscar honors as major headway for the local film industry's global infiltration while calling for more investment and support for diversity in cinema.

The victory will totally renew the perspective toward Korean films in Hollywood, the epicenter of the global film industry, said Lee Joon-dong, the director of the Jeonju International Film Festival in South Korea.

He was a producer of the Korean film "Burning," which made it as far as the long list of 10 foreign films competing for the 2019 Oscars' best foreign-language film, which was renamed best international feature film this year.

"It increased the possibility of Korean films such as 'Parasite' getting accepted in the American market as they are, without direct methods like collaborations with Hollywood," he said, adding that the victory is likely to boost the appeal of Korean films to ordinary American audiences.

Jeon Yang-joon, the director of the Busan International Film Festival, said the local film industry needs to give up its vested interest in keeping today's run-of-the-mill production style, relying heavily on bestselling actors and directors.

"In order to greet the second and third Bong Joon-ho, the film industry needs to form an environment fit for talented and creative filmmakers," he said. 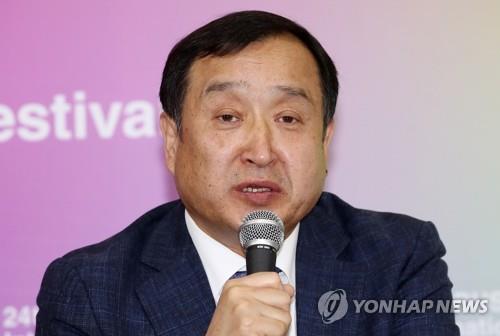 Culture Minister Park Yang-woo also hailed the Oscar victory as "a great feat in the 101-year history of Korean cinema and in Korean cultural history."

"I am sure the wins will widely open up a new 100-year period for our cinematic history as well as the globalization of hallyu," he said, referring to the continuing phenomenon of Korean cultural content gaining popularity outside of the country.

"Parasite" is a family satire that depicts the entrenched social class system through the lives of two families, one rich and one poor, with Bong's unique humor and suspense.