VERO BEACH, United States, Feb. 10 (Yonhap) -- In 2019, the SK Wyverns found themselves at the wrong end of history in the Korea Baseball Organization (KBO), as they let a nine-game lead in first place evaporate over the final month of the season.

Finishing in first place would have sent the Wyverns straight to the Korean Series, where they would have had a shot at defending the title. Instead, the Wyverns were passed by the Doosan Bears on the last day of the regular season and ended up in second place. They had to play an extra round of the playoffs, and lost that series to the Kiwoom Heroes in four games.

But as SK manager Youm Kyoung-youb tells it, not all was lost for his team. 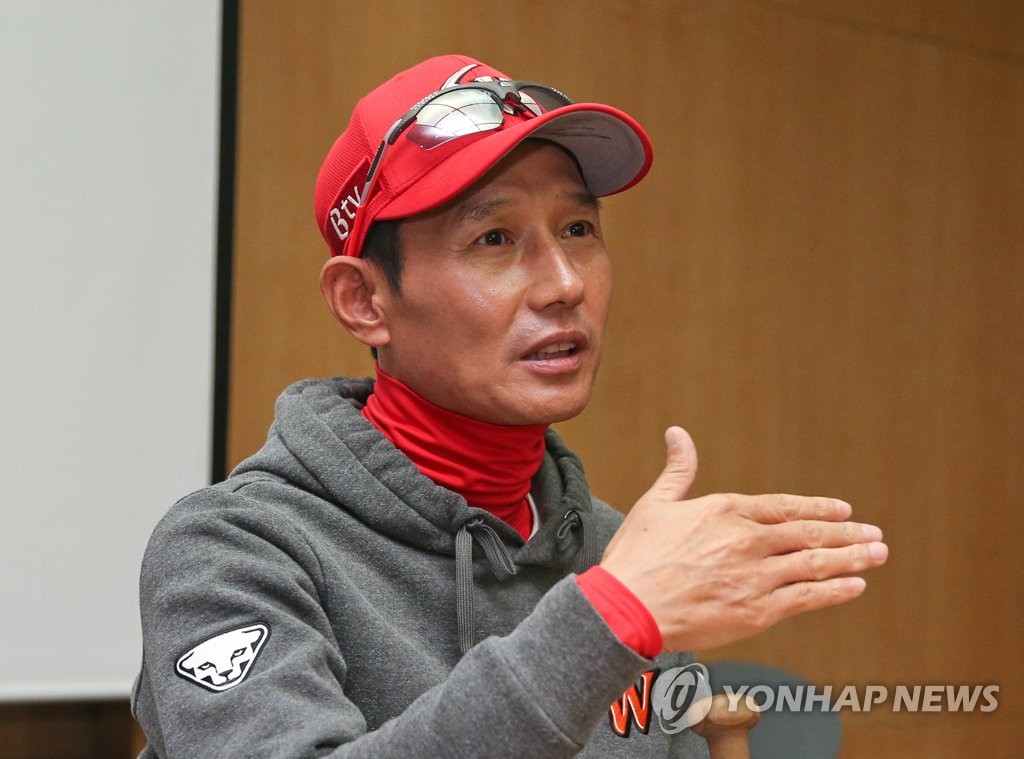 "I think the disappointing end to last season will serve as a turning point for our franchise moving forward," Youm said during his team's practice at Jackie Robinson Training Complex in Vero Beach, eastern Florida, on Monday. "It has forced our players to accept and embrace changes."

Youm, whose team has been in Florida since Feb. 1, said players have become more receptive to coaching than they would have been had the Wyverns won the Korean Series title last year.

"I find these guys more open minded than before," said Youm, who had been the Wyverns' general manager from 2017 to 2018 before taking over as bench boss. "They're ready to soak up whatever we (coaching staff) are telling them."

Though Youm chose to look on the brighter side after the collapse of epic proportions, he still owned up to the fact that the disastrous finish happened on his watch.

"We couldn't hold on to first place because of my shortcomings as manager," he said. "If we can all learn from that as a team this year, it will only make us stronger."

Youm said his objective for this year's camp is twofold: getting his team ready to return to the winner's circle in 2020, while also developing young talent for the future. Youm reeled off some names that he acknowledged would be unfamiliar to many -- he even got the family name wrong on an outfielder -- and said those players will get every opportunity in February to make the team.

As for those already assured of spots on the team, Youm said the Wyverns' two new foreign pitchers, Nick Kingham and Ricardo Pinto, will be "the most important" members of the roster.

The two former major league right-handers have big shoes to fill, with the Wyverns having lost their top two starters from a season ago. Kim Kwang-hyun, the long-time franchise icon, signed with the St. Louis Cardinals in December, and Angel Sanchez is now a member of the Yomiuri Giants in Japan. Kim and Sanchez tied for the team lead with 17 wins and posted sub-3.00 ERA.

"If Kingham and Pinto struggle early, it'll affect our whole team," Youm said. "How well they can adjust to the new league will be the biggest key."