"Happy to see a foreign language film win Best Picture for the first time at the Academy Awards!" tweeted the spokeswoman, Morgan Ortagus. "Congratulations to the South Korean cast and creative team of ParasiteMovie -- your four Oscars were well deserved! The Korean wave has definitely arrived."

Harris posted a photo of Bong accepting the best picture award, as well as pictures of him and his staff watching the awards ceremony on television, and a bowl of noodles called "jjapaguri," which was made famous through the film. 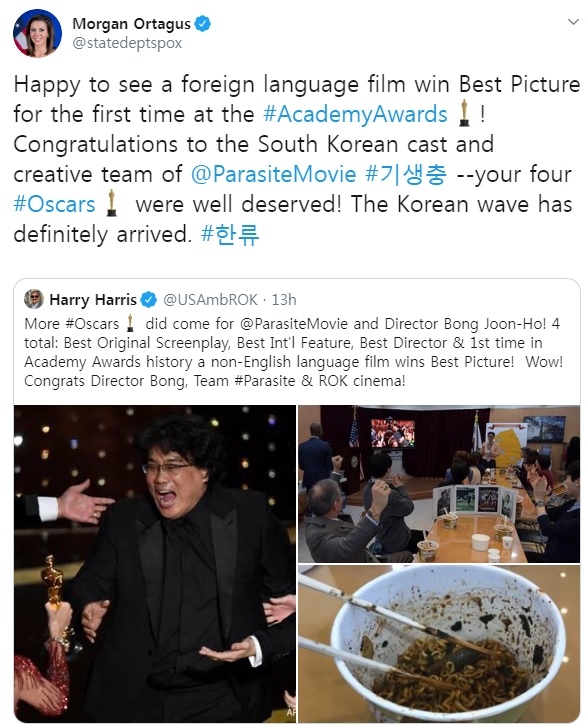