It was a sharp turnaround from a negative return of 0.92 percent for 2018 and the largest yield since 2010.

In 2018, the state pension fund logged the second negative return rate on tumbling equity markets at home and abroad since the global financial crisis in 2008. 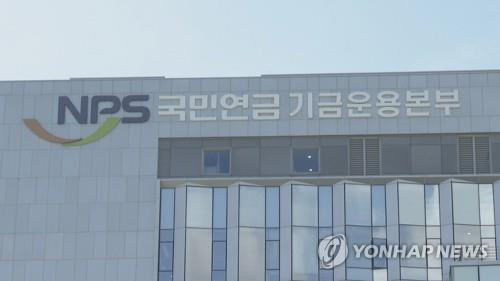 Major pension funds in the United States, Japan and the Netherlands also chalked up negative yields in 2018.

The cumulative return rate of the state pension fund, which was launched in 1988, stood at 5.7 percent as of November last year, with its total profit reaching 357 trillion won

The NPS is the world's third-largest pension fund, with assets under its management totaling nearly 724 trillion won as of end-November.
(END)