He added that the time of the flight's arrival in Seoul on Wednesday remains uncertain as a document verification process for Chinese family members could take time in addition to quarantine checks at the airport in Wuhan.

Lee Sang-jin, deputy foreign minister for overseas Koreans and consular affairs, will lead a government rapid response team that will board the flight. The team consists of about 10 staffers, including those from the National Medical Center and state quarantine officials. 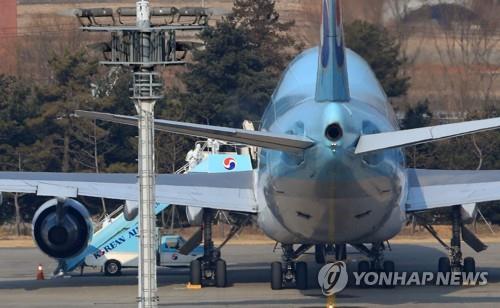