WASHINGTON, Feb. 10 (Yonhap) -- North Korea exported some US$370 million worth of coal last year in violation of United Nations sanctions, a U.N. panel of experts was quoted as saying in a draft report Monday.

The transactions were largely carried out via illicit ship-to-ship transfers between North Korean vessels and Chinese barges, according to a report that is to be submitted to the U.N. Security Council committee overseeing North Korea sanctions implementation, Reuters said.

U.N. Security Council resolutions ban North Korea from exporting coal and other minerals that could be used to generate revenue for the regime's development of nuclear weapons and ballistic missiles.

"According to a Member State, the DPRK exported 3.7 million metric tons of coal between January and August 2019, with an estimated value of $370 million," Reuters cited the report as saying. DPRK stands for North Korea's official name, the Democratic People's Republic of Korea.

"According to the Member State, most DPRK coal exports, an estimated 2.8 million metric tons, were conducted via ship-to-ship transfers from DPRK-flagged vessels to Chinese local barges," it said, adding that the barges then delivered coal directly to three ports in China's Hangzhou Bay and also to facilities along the Yangtze river.

A member state also reported to U.N. monitors that North Korea had exported at least one million tons of sand from river dredging, worth at least $22 million, to Chinese ports.

And the United States reported that between Jan. 1 and Oct. 31, Pyongyang exceeded its U.N.-imposed cap on annual imports of refined petroleum "many times over." The cap is currently set at 500,000 barrels.

Meanwhile, the regime continued to improve its nuclear and ballistic missile programs last year in violation of the Security Council resolutions, according to the report.

"Despite its extensive indigenous capability it uses illicit external procurement for some components and technology," it said. 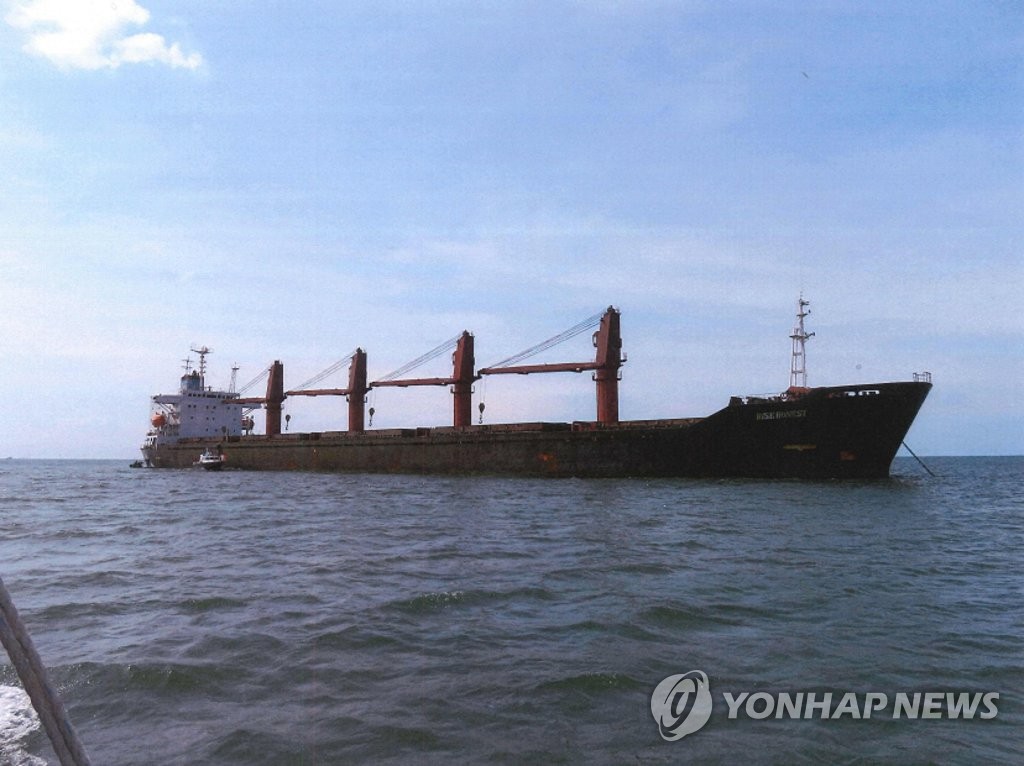