SEOUL, Feb. 10 (Yonhap) -- Chen of K-pop boy band EXO took the band's devoted fans by surprise last month with the announcement that he is set to marry his pregnant girlfriend.

Many fans supported Chen's straightforwardness in breaking the news about his personal life and defended celebrities' right to privacy, but many others were annoyed by the sudden decision.

Some angry fans even took to the street in protest, demanding Chen's withdrawal from the group.

The episode is an acute reminder of how difficult yet important it is for well-loved stars to be open about their private lives -- and about their relationships in particular.

In the weeks after Chen made the surprise marriage announcement, several other stars came forward to reveal their marital status.

Last week, Lee Jae-hoon, the lead singer of Cool, a co-ed K-pop trio who ruled the music scene in the late 1990s and early 2000s, confessed that he has been married for more than 10 years and is the father of two children.

The 46-year-old old-school K-pop heartthrob broke the news in an article posted in an online fan community, saying, "I am here to confess a truth that I have hidden so far."

Having debuted at a young age, Lee said he wasn't sure of what he should disclose to the public.

"Having thought (in hindsight) that if I had been honest in the first place, (fans) might have blessed and supported our family, I am very sorry," he said. 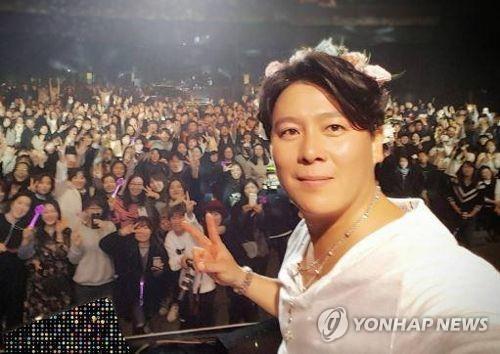 The 30-year-old fashion model-turned-television actor, who is currently doing his mandatory military service, revealed through his management agency that he got married in 2018 right before he joined the armed forces and later had a child.

"I wanted to put the top priority on protecting (the privacy of my wife and child)," the actor said in a handwritten letter released through his management agency, O& Entertainment.

"Ahead of my enlistment, I thought it was the best choice. ... I feel sorry that I was not able to come out with the good news right away," he said.

Returning to the public eye in an episode of a TV variety show last week, Gil Seong-joon, TV celebrity and member of hip hop duo Leessang, disclosed that he has been married for three years and is now father to a son.

He had been out of the public eye for the previous three years following a drunk driving incident. 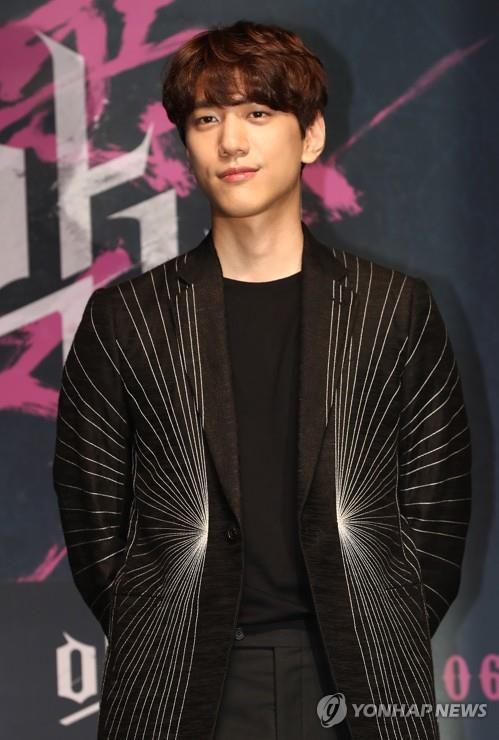 If history is any guide, a star's decision to get married is a factor that could make or break their show business career.

Sungmin, a member of another popular boy band, Super Junior, has been excluded from the band's activities since June last year after his surprise marriage to a musical actress in 2014 led to an angry reaction from some fans, who protested that the decision was made behind their backs.

Meanwhile, the marriage of Taeyang of BIGBANG to actress Min Hyo-rin in 2018 has been widely hailed as a case where an idol's marital status is acceptable to devoted fans.

The couple's wedding was widely supported by fans after their romantic relationship over the previous five years was discussed openly. During that period, Min was Taeyang's muse and inspired his 2014 hit song "Eyes, Nose, Lips," which went on to win the top digital single title at the 2014 Golden Disc Awards.