SEOUL, Feb. 11 (Yonhap) -- South Koreans are increasingly favoring shopping online for daily necessities due to safety concerns over the spread of a new strain of coronavirus, analysts said Tuesday.

Online shopping has grown in recent weeks after the South Korean authorities announced the first confirmed case of the new coronavirus on Jan. 20.

South Korea has so far reported 28 cases of coronavirus infection. Among them, four patients have been discharged after making a full recovery. 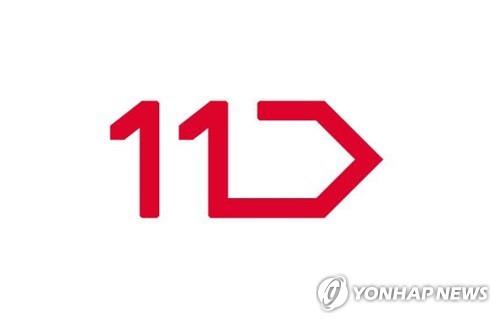 South Korean e-commerce platform 11Street said its orders for daily necessities more than doubled between Jan. 27 and Feb. 1 from the Dec. 27-Jan. 1 period.

Orders for processed food and fresh food jumped 53 percent and 46 percent, respectively, during the cited period, according to 11Street.

Coupang, a major South Korean e-commerce company, said it received 3.3 million orders on its express delivery service on Jan. 28, making its largest-ever number of shipments in a day.

Other online grocery and shopping companies, including Gmarket and Market Kurly, have also enjoyed increased sales in recent weeks.

Lotte Department Store closed its main outlet in central Seoul from Friday through Sunday for cleaning and sterilization following a recent visit there by a patient diagnosed with the new coronavirus.

E-Mart Inc., the country's leading hypermarket chain operator, also shut down the doors of its store in Mapo, western Seoul, from Friday to Sunday after the same patient visited the outlet on Feb. 2.

A growing number of South Korean shoppers are using computers and mobile devices to buy things ranging from clothes to electronics.

Total online transactions reached 12.5 trillion won (US$10.5 billion) in December, up 17.6 percent from a year earlier, according to data compiled by Statistics Korea.

South Korea is one of the most wired countries in the world and has one of the highest smartphone penetration rates. 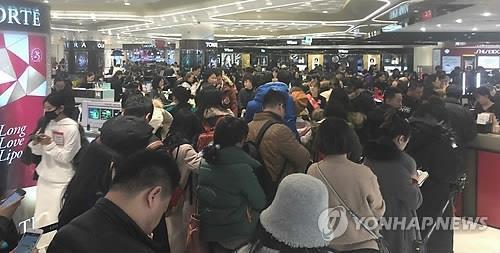