VERO BEACH, United States, Feb. 10 (Yonhap) -- When Canadian hitter Jamie Romak arrived in the Korea Baseball Organization (KBO) in May 2017, he was four months shy of his 32nd birthday, a point where most athletes start hearing the phrase, "He is who he is." This essentially means the athlete in question is unlikely to get better over the remainder of his career, however long that may be.

But Romak, now entering his age-35 season and fourth full year with the SK Wyverns, has proven to be an exception. He has thrived in a new role in a new league, capitalizing on an opportunity to be the go-to guy in the lineup and achieving personal growth away from the field as well. "My years in Korea have definitely been the best years of my career," Romak told Yonhap News Agency on Monday at Jackie Robinson Training Complex in Vero Beach, site of the Wyverns' spring training in the eastern part of Florida. "Foreign players (in the KBO) are kind of on our own to figure some stuff out. Teams lean on us for production and they don't want to change us too much. We have to figure out ways to change ourselves in times of trouble. So I think that sort of personal accountability and responsibility helped me grow."

Romak's on-field production speaks for itself. He launched 31 home runs in just 102 games in his partial 2017 season. A year later, he had 43 home runs, 107 RBIs and 102 runs scored in 141 games, while helping the Wyverns win their first Korean Series title in eight years. In 2019, even as the offensive numbers across the league dropped due to a de-juicing of the ball, Romak still hit 29 homers with 95 RBIs in 137 games.

The native of London, Ontario, said extending his career in a new environment and a new cultural setting has allowed him to grow as a person because he's had to be open minded and patient.

"I am just so thankful that this opportunity came along," he went on. "It's helped me become a better person and a better baseball player. Had this not come up, maybe I retired without really unlocking my true potential. I am glad to have done that (in Korea)."

And the feelings must be mutual with the Wyverns, who must also be glad that Romak, who had 39 major league plate appearances before joining the KBO, continues to be part of the team.

For his part, Romak said he's grown more comfortable being around his South Korean teammates and he's been able to assume more of a leadership role, not just with SK's two new foreign players, Nick Kingham and Ricardo Pinto, but with homegrown young talent. 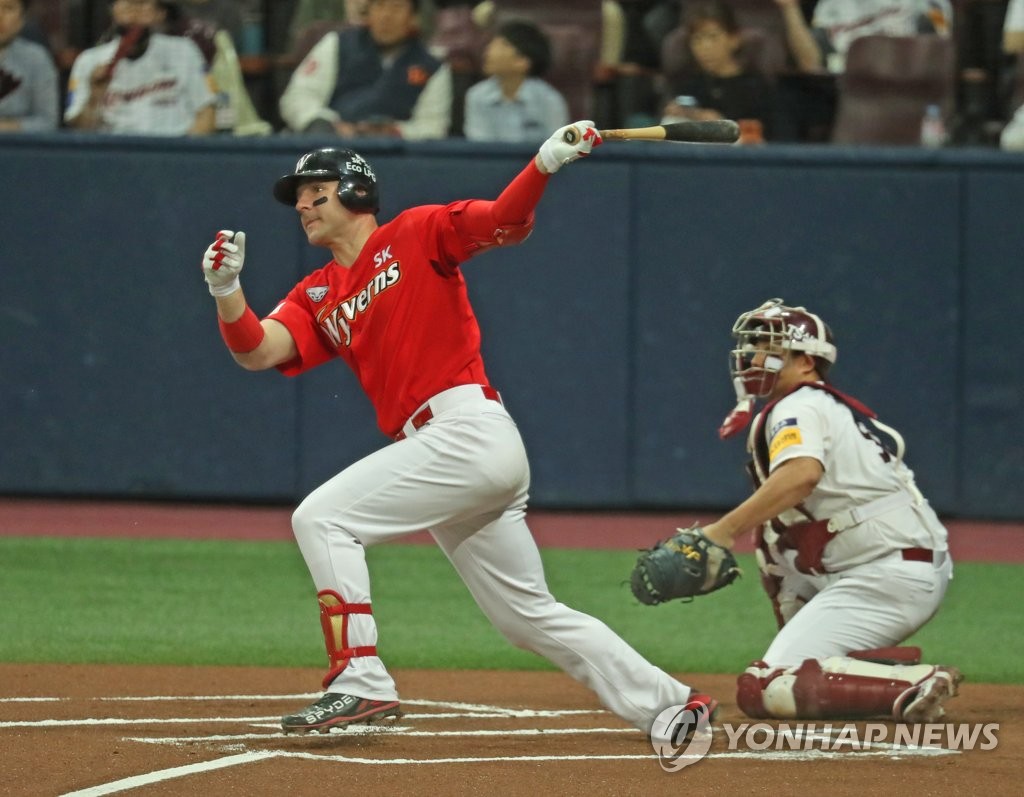 "I think my natural style is to lead by example. But I think my individual relationships with young guys are growing year by year," he said. "In those individual cases, I feel more comfortable saying things, mostly encouragement. The tendency in baseball is to get down if we don't get the results we want. If we keep the big picture attitude that this will turn, I think it can help some younger guys that way. I try to make myself available to them."

The Wyverns will need every bit of Romak's offensive production and leadership, if they're to bounce back from their devastating finish in 2019. They were comfortably in first place heading into September, only to get passed by the Doosan Bears, who were in third place and nine games back on Aug. 15, on the last day of the regular season on Oct. 1.

The Wyverns squandered a chance to get the bye into the Korean Serires and instead were relegated to the second round postseason series against the Kiwoom Heroes, who knocked off the 2018 champions in four games.

Though last season was a disappointment, Romak believes all the pieces are in place for better times ahead.

"I just think we need to stick to our daily process. When we get too concerned with the outcomes, that adds a level of stress that's not productive at all for us," he said. "If we just get back to our daily process of trying to get better every day and competing -- we did it five out of six months of last season -- we'll be okay."

On a personal level, Romak said he feels he's better equipped to handle pressure and responsibility that comes with being a veteran.

"The good news is, we have a good team," he said. "We just need to look at ourselves in the mirror and say, 'Did I give my best today? Could I be better tomorrow? What do I need to improve on?' If we can collectively bring that together, then we have a really good shot at being better this year." 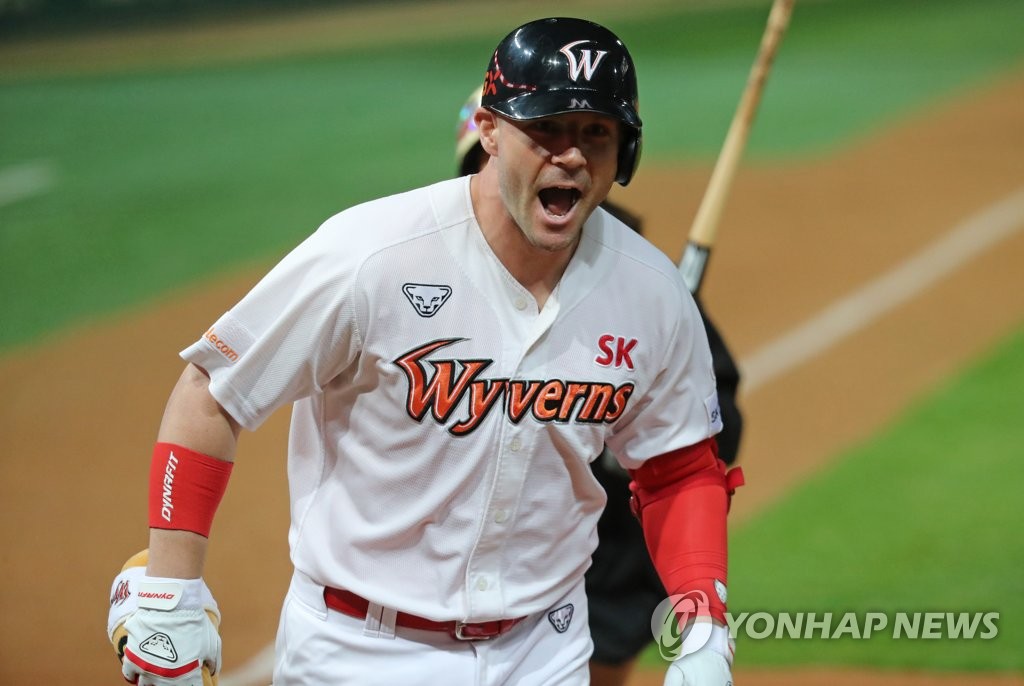