In the 2019 Korea Baseball Organization (KBO) season, SK Wyverns' closer Ha Ja-hoon kept throwing curves at opponents, but only in a figurative sense, as the converted outfielder surprised them with his dominance in his first season back on the mound. Ha led the KBO with 36 saves while posting an impressive 1.98 ERA in 59 innings, with 64 strikeouts against 26 walks.

This year, Ha is hoping to throw his literal curve with more consistency. 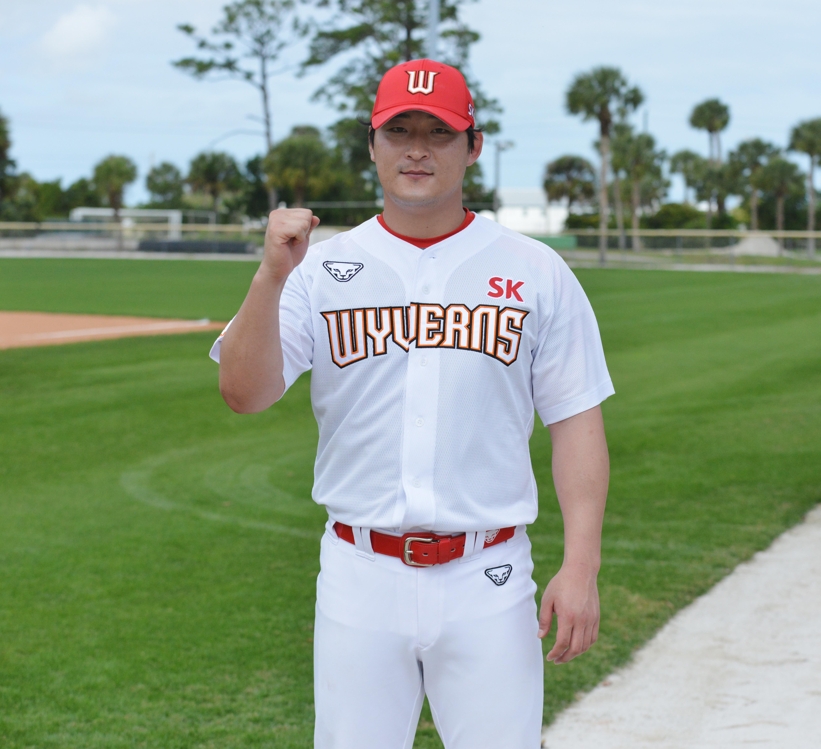 "I am trying to get to a point where I can throw curveballs for strikes when I am ahead in the count," Ha said Monday at Jackie Robinson Training Complex in Vero Beach, site of the Wyverns' spring training in the eastern part of Florida. "Once I start throwing more bullpen sessions, my work with the curveball will account for about half of my entire training."

Last season, the 29-year-old struggled to command his breaking balls. They were often so outside the zone that hitters simply watched them go by. Ha could get by with his fastball because it was heavy and he could locate it wherever he wanted to.

But Ha admitted he won't be able to survive as a one-trick pony.

"Before I get into the full swing of things with my pitching program, I'll need to improve my strength and stamina," said Ha, who hits the weight room at 6 a.m. daily. "Some pitchers stay away from weights because they think it may affect their delivery. But since I used to be a position player, I felt the need to hit the weights in spring."

In 2019, Ha will face some new competition for saves in the form of the KBO's career saves leader, Oh Seung-hwan of the Samsung Lions. Ha and Oh are close friends, and Ha, who's eight years younger, has drawn some favorable comparisons with the former major leaguer because of his delivery and heavy fastball.

Though Oh will serve a 72-game suspension to start the season due to an earlier gambling conviction, he will still get his share of opportunities, with his offensively-challenged Lions expected to be in a lot of close games.

"How many saves you get depends so much on your team situations," Ha said. "I am looking forward to a friendly competition with Seung-hwan." 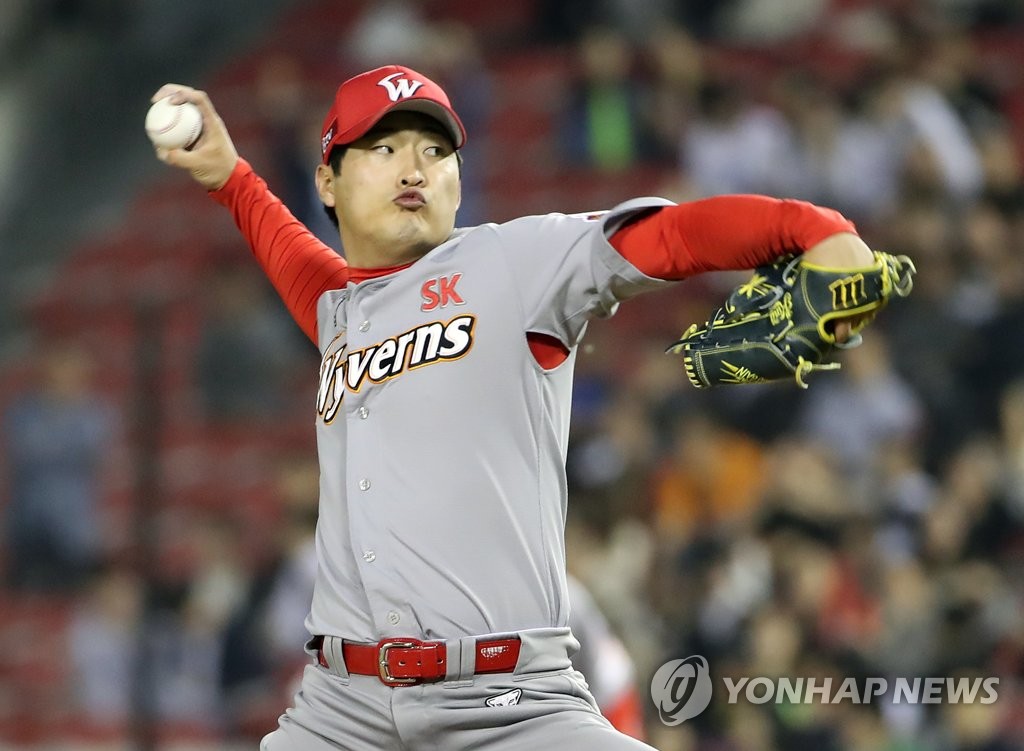