SEOUL, Feb. 11 (Yonhap) -- With the Oscar-winning film "Parasite" creating a lot of buzz throughout the world, a signature noodle dish from the sensational movie is also sweeping the internet.

The movie, the first non-English language film to win best picture at this year's Oscars, tells a story about the class division through a poor family, the Kims, infiltrating into a wealthy family, the Parks.

In the middle of the film, while driving back from a camping trip, Mrs. Park calls her housekeeper, Mrs. Kim, and asks her to prepare a bowl of "chapaguri," also Romanized as "jjapaguri," for her young son.

Chapaguri is a mixture of Chapaghetti, instant black bean noodles, and Neoguri, spicy Korean udon-like noodles. In the movie, the housekeeper adds cubes of sirloin to the dish.

Director Bong Joon-ho said he tried to show the class division between rich and poor through the dish, a mixture of two very popular cheap instant noodles. It is popular among kids no matter what class they come from, but the wealthy family in the film does not enjoy chapaguri in the typical way.

Darcy Paquet, a U.S. film critic who translated the film's dialogue for the English subtitles, translated this Korean noodle dish to "ramdon," combining words like "ramyeon" and "udon," familiar with foreign audiences.

As "Parasite" has become a headliner throughout the U.S. winter awards season, a variety of the recipe for chapaguri has gone viral online.

Nongshim, the manufacturer of the two instant noodle brands, said Tuesday it has uploaded videos of chapaguri recipes in 11 languages on its YouTube channel for people around the world who are curious about the dish.

Meanwhile, a short flashy song in the movie also catches eyes of "Parasite" fans across the world.

The so-called Jessica jingle is a line that the character Ki-jung, played Park So-dam, sings with her brother Ki-woo (Choi Woo-sik) in order to remember her false identity before ringing the doorbell of the rich family's house. 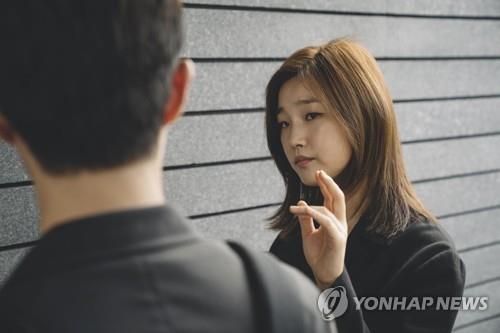 In the movie, the wily siblings swindle the affluent Park family into employing them and their parents so that they can live off them.

Director Bong wrote the Jessica jingle, while Han Jin-won, co-author of "Parasite," wrote second and third verses that did not appear in the movie.