Thae, who defected to South Korea in 2016, said North Korean citizens aspiring for freedom will probably have hopes and confidence if he is elected as a representative of the people in a democratic society.

"Like I am the witness of North Korea's human rights and nuclear problems in the Republic of Korea, I will become the proof of free and representative democracy in North Korea, (if elected)," Thae told a press conference at the National Assembly.

LKP officials said that Thae will be granted the party's priority recommendation to run in a district of the affluent Gangnam in southern Seoul, where the conservative party has been traditionally strong.

Thae, 57, served as the North's deputy ambassador to London before he defected to South Korea with his family. 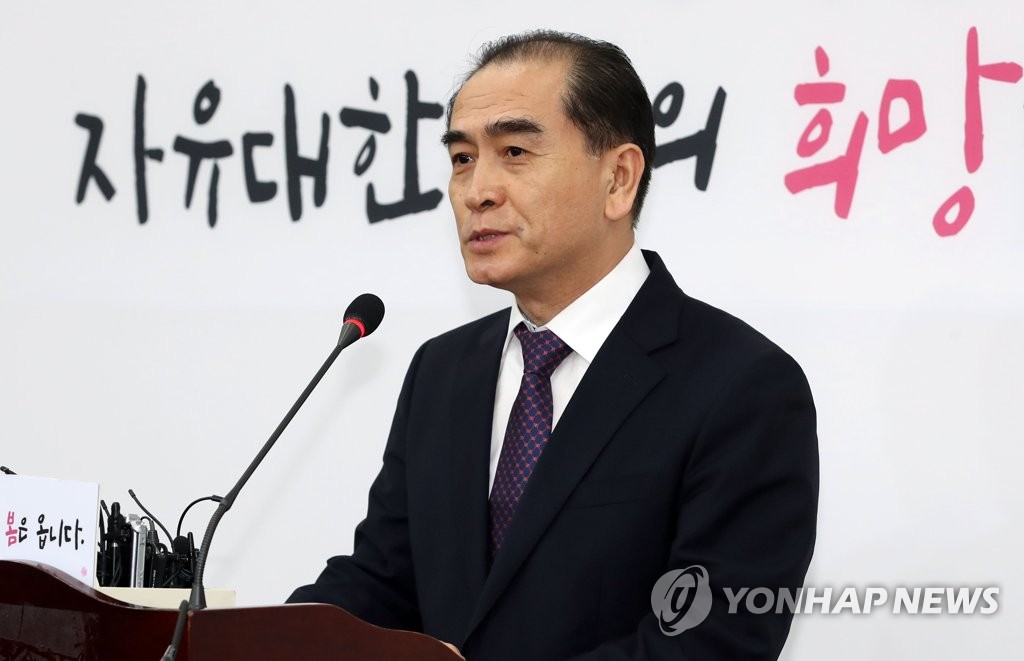