SEOUL, Feb. 11 (Yonhap) -- North Korea's official newspaper stressed the importance of science and technology on Tuesday, calling it a "strategic asset" that will help the country navigate daunting challenges that lie ahead.

North Korea has repeatedly cited science and technology as a way to build a self-reliant economy independent of outside help as it wages a protracted struggle against crippling international sanctions amid stalemated denuclearization negotiations.

"For us to overcome obstacles and challenges successfully, science technology should serve as a light to lead us to development," the Rodong Sinmun, the official newspaper of the North's ruling party, said in an article. "Science technology is a strategic asset that we can depend upon."

"One of the targets of ruthless and persistent isolation schemes by hostile forces is no other than science technology field, which indicates that it has a hidden objective to make it hard for science technology to serve its intended role of providing a light on a shortcut toward progress and development," the paper added.

The paper noted that a step backward in the field today could eventually hamper efforts to safeguard the national sovereignty, dignity and even security in the future.

North Korea has ramped up its calls for "self-reliance," especially since the start of this year as leader Kim Jong-un urged a frontal attack against challenges confronting the country in his New Year's message.

The renewed emphasis on self-reliance comes amid bleak prospects for easing or lifting of sanctions anytime soon following the no-deal summit between Kim and U.S. president Donald Trump in February 2019. 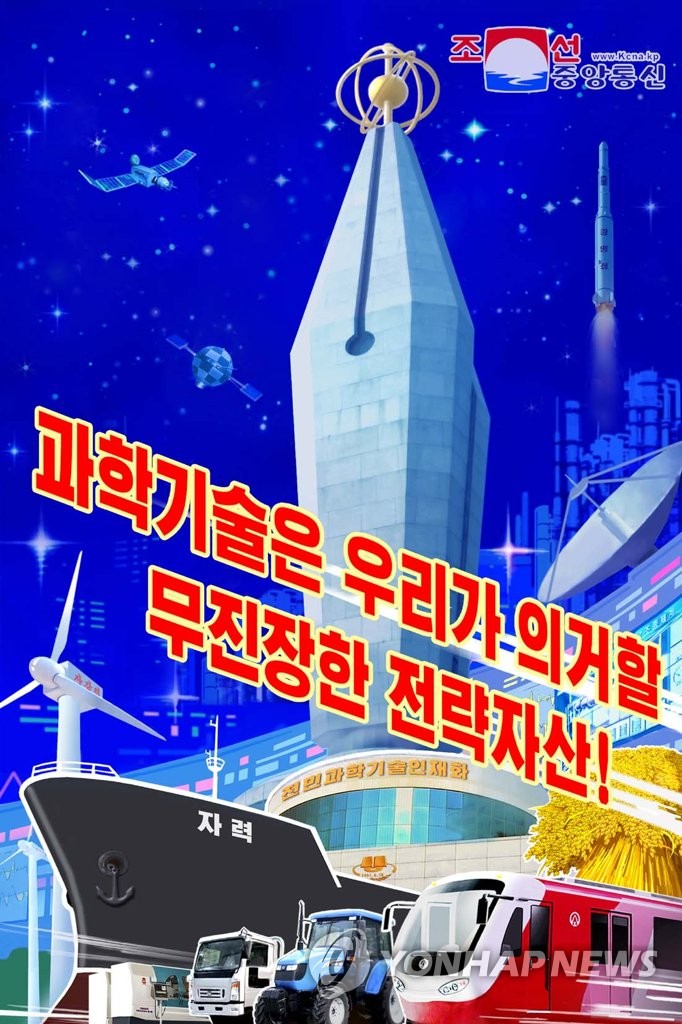