SEOUL, Feb. 11 (Yonhap) -- President Moon Jae-in said Tuesday he is putting the victims of Japan's World War II forced labor first in accordance with an internationally agreed-upon "principle," as his administration is trying to resolve the compensation problem, according Cheong Wa Dae.

Moon was countering a Japanese news report that took issue with his involvement in a related lawsuit as a human rights lawyer against a Japanese firm two decades ago.

Launching a series of special reports on Seoul-Tokyo relations, the Yomiuri Shimbun argued that Moon is sticking to a victims-focused stance due to his personal experience as an attorney for forced labor victims in 2000.

The president received a briefing on the daily's report and he was quoted as saying, "I feel proud" of having worked for victims in the suit.

Moon stressed, however, that he's not making much of a victims-first approach just because of his career, a Cheong Wa Dae official told reporters, requesting anonymity.

"A victims-centered approach is a principle agreed in the international community, including the United Nations Commission on Human Rights," Moon was quoted as adding. 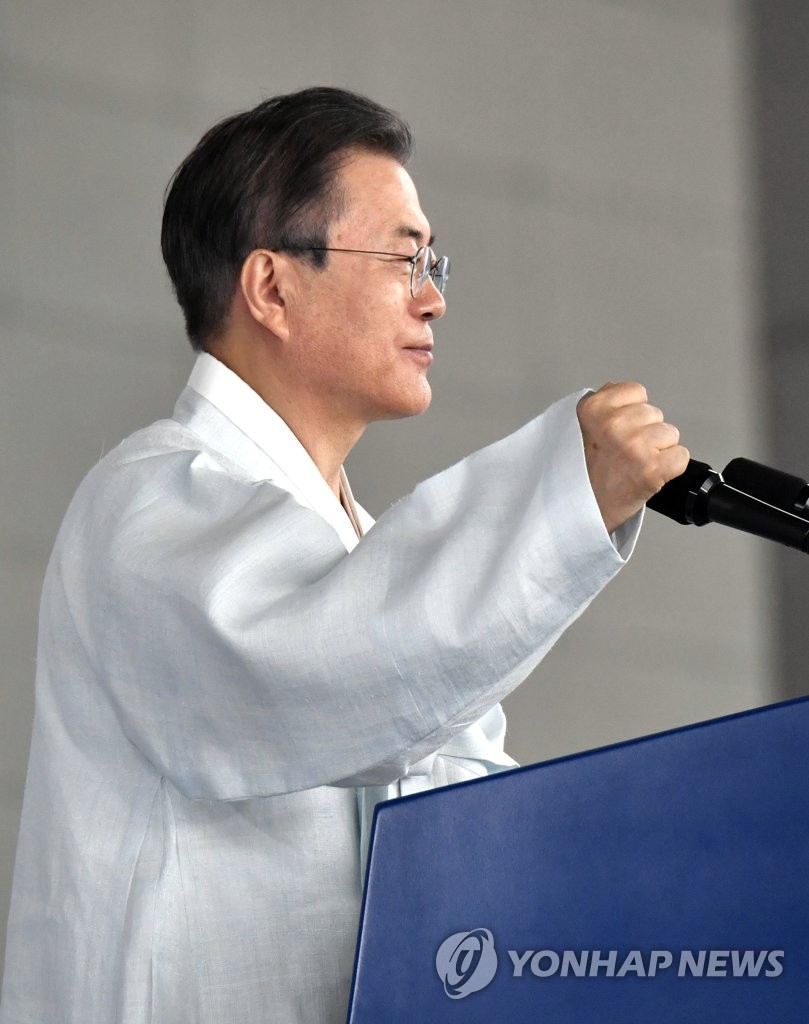 An agreement with Japan under the Park Geun-hye administration failed to secure public support here as it was not in line with a victims-centered principle, Moon pointed out.

Thus, winning victims' consent is the "biggest principle" in exploring a resolution to the issue, he added.

Compensating Koreans conscripted to toil at Japanese factories and mines is at the heart of drawn-out stand-offs between the neighboring countries. Korea was under Japan's brutal colonial rule from 1910-45.

South Korea's Supreme Court ruled that Japanese companies should pay each individual compensation. But Japan claimed all reparations related to the colonization were cleared in a 1965 state-to-state treaty to normalize diplomatic ties.

Tokyo has implemented export controls against Seoul in apparent reprisal.